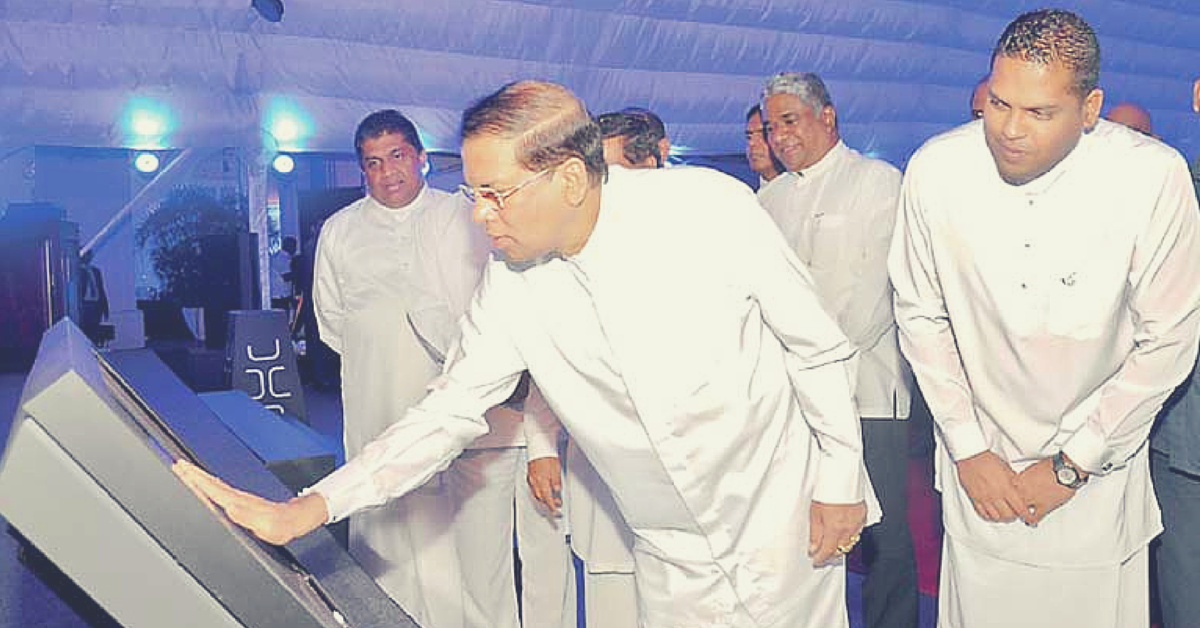 In 2014, SLT together with 15 international telecommunication operators representing 17 countries formed a partnership to build the South East Asia-Middle East-Western Europe 5 (SEA-ME-WE 5) undersea internet cable network. On the 1st of February, the SEA-ME-WE 5 landing station in Matara was opened virtually by President Maithripala Sirisena at an event held at the President’s Official Residence.

Approximately 20,000KM long, the SEA-ME-WE 5 cable is designed using 100 Gbps DWDM technology to support the next generation of Internet applications. With this, the cable can provide connectivity of 24 Terabits (4800 HD movies) per second between South East Asia, the Indian subcontinent, the Middle East and Europe.

When completed the cable will have 18 landing points connecting Singapore, Malaysia, Indonesia, Thailand, Myanmar, Bangladesh, India, Sri Lanka, Pakistan, the UAE, Oman, Djibouti, Yemen, Saudi Arabia, Egypt, Italy, and France. The portion between Sri Lanka and Singapore was built by NEC with the connection between Sri Lanka and France to be built by Alcatel-Lucent. Construction of this undersea cable began in 2014 and is expected to be completed later this year.

With the addition of this cable, Sri Lanka now has a new connection to the Internet and SLT has a lot of bandwidth to play with. So what does that mean for us? In the short term, not much. However, in the long term, we can expect to see our data caps increase further and internet prices decrease.

We spoke with the SLT  and they told us that as with other undersea cables (SEA-ME-WE 3 & SEA-ME-WE 4), SLT will be sharing the capacity with the other ISP’s. However, we won’t be reaping the benefits immediately as there’s still a few issues that need to be addressed. At this time, SLT isn’t commenting on what these issues are but once these issues are addressed then the changes will happen across the industry. For now, though, we’ll settle for enjoying the recent increase to our data caps.