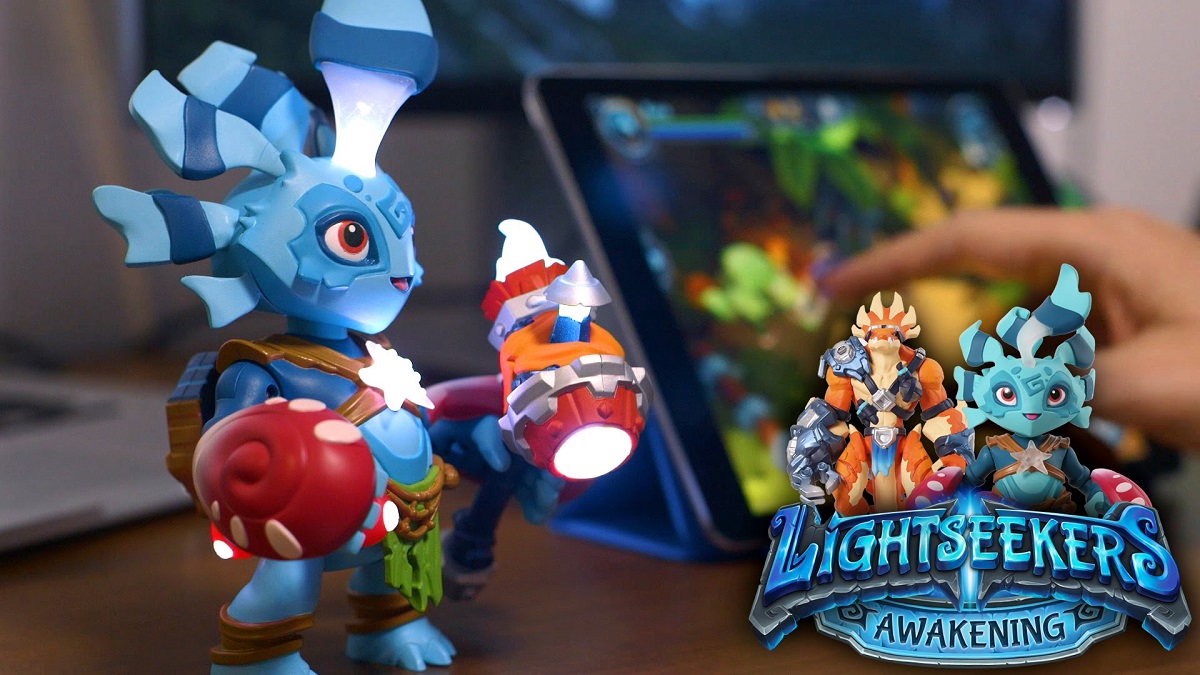 Skylanders. Heard of it? Well, neither have I. So Me being me, I decided to read up on it. Published by Activision and Square Enix, this is a toys-to-life video game. This is genre of video game using physical figurines or action figures to interact within the game. They make use of NFC (near field communication) or an image recognition data protocol to figure out the individual figurine’s proximity, and save a player’s progress data to a storage device within the action figure itself.

Now, with the intention of giving a run for their money, there’s a new kid in town. Lightseekers, developed by Play Fusion, is expected to ship early next year. Straight off the bat, they aim to be in stark contrast to games such as like Skylanders which were responsible for bringing the world of RPGS to the real world. This is a next generation adventure role playing video game connecting smart action figures, trading cards, & comics in ways never seen before.

Lightseekers gives you real gameplay figures that you can physically hold and play with on a digital battleground. With Skylander, once you place a Skylander character on the dedicated NFC reader, that was pretty much all there was to it and gameplay was shifted to the screen. Lightseekers, is quite the opposite and is so much more than that.

With Lightseekers, each starter Lightseekers kit will include two physical gameplay characters, manufactured by toy maker TOMY. Made to match characters in iOS and android, each toy will have some high tech stuff such as a Bluetooth Low Energy radio, Dual ARM processors, accelerometers and RGB LEDs.

So your action figure essentially becomes a controller for the game. You can use the figure to fly the character on a big screen, and each hand of each figure can also support a number of accessories that will appear in real time on the screen. For example, attaching a Level One tech canon in the hand of one figure will instantaneously make it appear on the character onscreen.

Mark Gerhard of Play Fusion explained how he has big plans for Lightseekers with more action figures and more capabilities lined up. Rather than have a plethora of character to choose from, they would rather delve deeper in to improving the mix of real and virtual playability. For example, if the figure is thrown or left alone, they would have a fair amount of sentient intelligence to actually react by screaming and welcoming the player back.

Apart from that, Lightseekers will also include a certain level of augmented reality. This includes a standalone card game that can be used to add digital characters to the game and the packaging too will be AR interactive.

Lightseekers is expected to be launched early 2017 at a starting price of $69.99 for two characters. Additional characters will cost $29.99 and accessories and weapons will cost around $15. They’ve also launched a Kickstarter campaign to fund the game’s development.