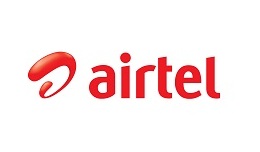 You might want to hold off on getting that Airtel connection folks, because Airtel may soon become Etisalat! According to the Economic Times, apparently Airtel is currently in advanced talks to sell off its Sri Lankan operations to Etisalat, with Standard Chartered acting as the advisor.

Airtel arrived in Sri Lanka in 2009 as the 5th mobile operator and started out with some pretty tough luck. Our local operators were not willing to interconnect with it, worrying about being dominated due to Airtel’s size and afterwards it had to deal with almost causing a price-war!

Fast forward to today.. things aren’t really a whole lot better for Airtel. Despite having invested over $300 million in its network, it hasn’t seen any growth in the number of subscribers and continues to make losses while remaining as the 5th largest mobile operator in Sri Lanka.

According to a person aware of the development speaking on why the deal was important to Etisalat, “In a country like Sri Lanka, an operator has to be either the largest or the second-largest to make money.”

Etisalat currently, is the 3rd largest mobile operator in Sri Lanka with 5 million subscribers. Should this deal actually happen, Etisalat could gain 1.7 million subscribers to overtake Mobitel and jump up to 2nd place in the market. Should the deal go down as expected, we probably would see an increase in competition amongst the mobile operators, to fill the vacuum that would be left by Airtel.

As for Dialog, it probably isn’t too worried in the short term since it’s currently the market leader with 8.7 million subscribers. However, for the long term it may have to step its game up, should Mobitel do the same, and of course there’s the bigger and aggressive Etisalat coming into the picture.

Despite all the competition, at the end of the day chances are that there won’t be a giant change in the market. As we can see with Airtel’s situation it’s not easy for mobile operators to grow in Sri Lanka, new deals and packages only bring so many subscribers and unlike the US operators here don’t have nice exclusive devices to attract subscribers (well except Dialog).

However, remember folks this is all really just speculation. Airtel, Etisalat and Standard Chartered have yet to comment on whether the deal is actually even happening.

Anyways, we’ll be keeping a watchful eye on this story, so stay tuned for any new developments folks!