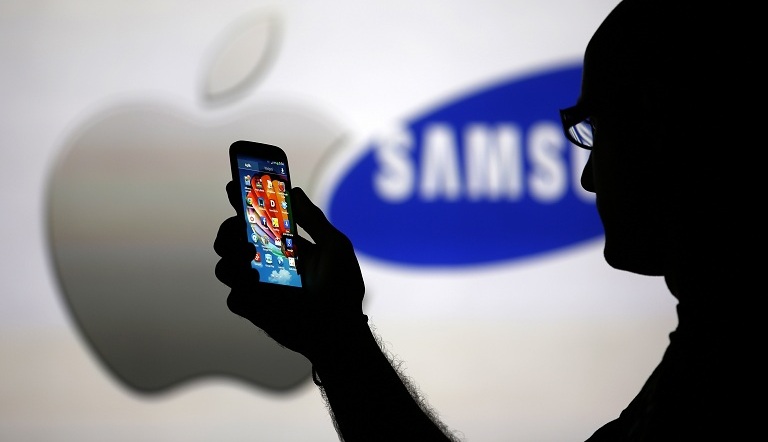 Apple vs. Samsung – Who will win the patent law? 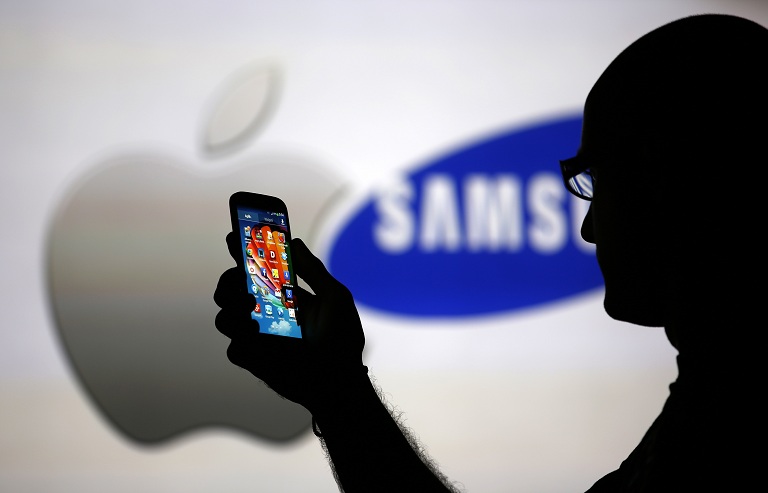 Since early 2011, two titans have been at war; Samsung and Apple. The reason you may ask? Well lets just say the boys over at Apple Inc. were not too pleased to find out that some of their intellectual property were infringed upon. Mainly the comparison between the then iOS and Android interface and icons which looked very similar to each other. Like two behemoths on the battlefield, what began as a patent lawsuit turned into an all-out war with neither party giving in and battling it out to the last minute detail.

On Friday it was announced by the jury that, Apple had won a jury verdict of $119 million (with an “M”) against its rival Samsung for infringing on three of its patents. A U.S. District Court jury in San Jose, Calif., found that a number of Samsung devices had infringed on Apple’s patent number 5,946,647 also known as “quick links,” a feature that enables links clicked in one application to open other applications such as dialing a phone number included in an email or opening a link clicked in one application to open up in another application. This along with Apple’s famed “slide to unlock” patent (No. 8,046,721), for enabling access to a device. It was decided that the jury will convene again on Monday to determine whether additional damages are necessary for Samsung’s infringement of Apple’s “auto-complete” patent (No. 8,074,172), which offers suggestions about how to change or complete a word during typing.

Samsung, not to be left undone, retaliated with not one but two patent infringement complaints; apparently, a (minute) number of Apple devices infringe patent number 6,226,449, for camera and photo organization technology, but Samsung was unsuccessful in proving Apple infringed Samsung’s patent number 5,579,239 that covers some video transmission tech.

The previous legal face-off between these two titans over software features used in smartphones and devices resulted in Apple being awarded nearly $1 billion (Yes with a “B”) in damages two years ago. That case is under appeal and this one likely will, too.

Does this affect their current standing?

Since most of the products in question are no longer sold by Samsung, it is therefore highly unlikely to have a significant impact on current sales of Samsung products. This won’t hurt Samsung financially either as the award of $119 million in damages amounts to roughly one-quarter of 1% of Samsung’s $47.56 billion in cash.

Although Apple could try and seek an injunction to force Samsung to stop selling their infringing products, it is unlikely they would do so owing to their lack of success with past injunctions. Federal courts have declined nearly all of Apple’s attempts to bar Samsung products, maintaining a high threshold for proving that any single patented technology influences consumer-purchasing decisions.

A ban, even if granted, will not significantly impact Samsung as it does not sell most of the devices found guilty of infringing on Apple’s patents in the US market.

Has the dust settled? Or is it the calm before the storm?

Samsung still believes that even though Google wasn’t directly involved with the whole fiasco, Apple is attempting to take its back out by penalizing Samsung in an attempt to get revenge on Android. Approximately 70% of smartphones present today run some form or version of Android. A noteworthy point is that Google has given out Android free to Samsung and other phone makers.

But, the more the arguments, feuds and lawsuits, the more it could possibly hurt their products. According to sources, the market as of two years ago was squarely in the hands of Apple and Samsung, making up 55 percent of smartphone sales. Samsung’s newest smartphones, the Galaxy S4 and S5, weren’t on trial in the case. Samsung is counting on the Galaxy S5, which went on sale March 27 in South Korea, as its marquee device to maintain its global lead competing with Apple for high-end shoppers.

According to data released by research firm IDC, Samsung has already shipped 85 million smartphone units in the first quarter, more than the combined total of Samsung’s next four competitors, including Apple.

It appears that there is no sign the legal fight will end anytime soon. Rumors float that both these companies are expected to appeal to the highest courts in the US over the next few years. If push comes to shove, they could very well take it all the way to the steps of the US Supreme Court. Apple gets two-thirds of its sales from the iPhone and the iPad while Samsung has become the world’s largest maker of smartphones which make it Apple’s chief competitor.