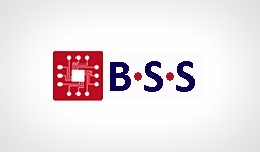 In 2010, two contracts were signed between the Ministry of Education and a company known as Business Solution Systems (Pvt) Ltd.  The contracts were for 5000 IBM-branded computers, 1000 laser printers and 1000 dot matrix printers; this equipment were to be evenly distributed to 1000 Type 2 schools (Sri Lankan schools supporting only up to Grade 11).  The total value of these contracts were for Rs 527, 85000. That’s a tad under Rs 528 million rupees.

And that was it.  According to Mahinda Jayasinghe General Secretary of Ceylon Teacher services, the schools in question subsequently experienced a classic case of radio silence from Business Solution Systems. Calls concerning repairs (all computers were covered by a 5-year warranty) went unanswered. Over 700 calls and complaints regarding broken systems were apparently roundly ignored for the next three years. Out of the blue, on the 31st of last month, the schools received word that Business Solution Systems was shutting down.

“Words can’t even begin to explain how much of a disaster this is,” stated Mr Mahinda Jaysinghe. “The Education Ministry spent an incredible amount of money with the understanding that these thousand schools would receive competent computers and after-sales support. Nothing of that nature has happened. Teachers call us day and night beseeching us to contact this company and get some kind of word from them. We even have reason to believe that, despite the branding, these are assembled with low-quality components.”

The Secretary has a point. 527 million is a fortune. Let’s do the math: that comes to roughly 100, 000 per PC. By 2010 standards, that’s enough for a fairly powerful desktop computer. Regardless of whether or not it was a good buy at the time, the problem here is that:

a) Business Solution Systems, PVT Ltd,  is under legal obligation to provide these computers with service and repair warranty
and,

b) They have largely reneged on this contract, ignoring the majority of requests for support and maintenance
and that by shutting down, this is proving to be one massive waste of funds.

Now BSS is not a run-of-the-mill computer kadey: if you hop over to www.bss.lk/our-clients/, you get the impression that it’s a fairly large solutions provider supplying a number of top clients, among them Dialog Telekom, Hutch, Etisalat and Brandix, along with a number of government agencies (inquiries are being made to confirm the validity of this client list). We can’t vouch for the government branches, but we’re sure the private corporations have some form of background check in place. It also claims to be an ISO 9001 certified company. Our question is why such a clearly well-established organization decided they could ignore their contractual obligations to a thousand Sri Lankan schools.

When we contacted said company, we were informed that they were in the process of shutting down. No information regarding the schools affair was given.

What’s at the heart of this mess? It could be corporate irresponsibility on part of BSS; it could very well be gross misappropriation of funds by the Education Ministry. At the end of the day, it’s a crying shame. Dear government: we’re aware of how tenders work, but please, buy quality, not quantity. This isn’t like buying vegetables at the market.

UPDATE: 07/09/2013 (12:57 pm):  We have just received information that, contrary to allegations levied by the Teacher’s Union, BSS is NOT in fact shutting down.  They ARE YET TO ACKNOWLEDGE  problems with their support services and state that legal discussions with the education ministry are in progress.