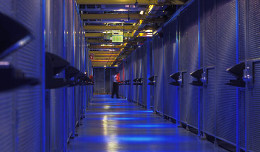 Surprise, surprise: the world’s most powerful nation has just announced that they’re officially giving up control over the ICANN, the nonprofit private organization that is responsible for some of the Internet’s most basic functionality.

A little bit of background here. Since 1998, ICANN has been coordinating the Domain Name System, the naming system that translates domain names to IP addresses. In effect, it’s like a giant address book: it’s what looks up the words “Facebook.com” and tells your computer which numbers it should connect to. This practice first arose in the ARPANET, a US predecessor to the Internet – and so America was trusted with the role of maintaining this.

The US Government did so at first. Eventually,  the National Telecommunication and Information Administration, a branch of the US Department of Commerce, outsourced the work to ICANN, which was free to take in foreign funding and so on for the maintenance of this role. Thus, since ICANN is effectively a contractor hired to do the heavy lifting, the last word has always remained with the US government.

Just recently, the US government announced that when the contract runs out on September 2015, they would not renew it: instead, they’d let ICANN continue without being solely responsible to the US government. This represent the loss of one of the last legal holds the US has had over the Internet. For years other governments have been trying to get the US to give up its control over the Internet’s structure, particularly after the NSA / Edward Snowden fiasco: the European Union called for a replacement to ICANN sometime back.

The interesting thing is that the US has actually been a decent steward as far as these internet functions go. They’ve fostered openness (hey: they could have just closed everything off), released new domain names, hasn’t censored things as much as the Chinese government (and unlike Sri Lanka, they haven’t blocked off sites – Colombo Telegraph, anyone?).  Now that many other cooks are coming into the kitchen, one wonders whether they’ll end up spoiling the broth.

The thing is, ICANN may not be the best outfit to take over this responsibility, seeing as how they earn a ton off the domain name registry companies: this might just end up being a full-on swing towards corporate interests rather than a freer Internet. ICANN has been widely criticized as of late, particularly after the batch of new gLTDs it rolled out not so long ago. It’s one thing for the American government to be in control: it’s an entirely different thing for multiple American companies to rule the Internet.