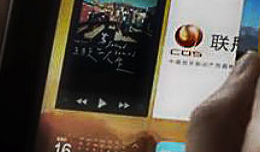 TL;DR: China has announced that it would be releasing the first version of a homegrown operating system in October. The so-called COS (China Operating System) is supposed  to work with both desktops and mobile devices, the announced October release being for the desktop version only. The development is being spearheaded by Guangnan Ni, a co-founder of Chinese PC maker Lenovo.

The Chinese government has been eyeing a homegrown OS for some time. Chinese media has been direct in stating that the main reason for COSs creation is to stop the reliance on US made operating systems running the country’s computing devices. They have been blunt about the security concerns when using foreign operating systems especially after the recent NSA revelations – their decision to ban Windows 8 being installed on government computers is a good sign of this. This move shows how serious the Chinese government is when it comes to repelling the US dominance in the Chinese OS market.

Apart from security concerns, China has been increasingly worried about the dominance of Windows in the local desktop market. Some records indicate that the Microsoft monopoly is around 95% which would understandably put the Chinese on the edge. Considering a major portion of Chinese computers are running on Windows XP, which Microsoft ended support for early this year, it’s understandable that China – which, to a large extent, isolates itself digitally from the rest of the world –  would not want to rely so much on what is essentially a foreign company to run most of the nation’s computers.

The Technics of the Matter

There aren’t many details about the new OS, apart from  a whole lot of rumors and the fact that it’s based on Linux. Some of the reports indicate that HTC is partnering with the China in the development of COS – again, we can’t really see China relying on Korea for something like this.

What is certain is that the goals for this project are fairly lofty.  According to Guangnan Ni, the plan is to replace all desktop OSs within 2 years and to replace the OSs of all mobile phones within 5 years. It’s a daunting task and only time would tell if it would succeed.

This move looks quite interesting for us in Sri Lanka, especially given our relationship with China. Would we also get devices with COS running in the future? I believe we might if COS becomes a success in China.

However, given the fact that most of the cheap phones that we buy are essentially rebadged OEM models from Chinese mobile manufacturers, and given how large that market is – not just Sri Lankan, but in ermerging markets worldwide – we  seriously doubt that China will stop producing Android devices. We’ve also seen plenty of up-and-coming mobile operating systems, all of which have fallen flat in the face of the Google-Apple duopoly, so we can safely afford to look upon this from a very removed angle. Then again this is China, where the state controls everything, so don’t be surprised if they manage to convert all their desktops and we end up with rebadged phones running translated COS – dressed up as our Android UI of the month – in the next five years.

As of now it’s an intriguing step to challenge the US dominated consumer OS market and a possible trend setter in securing national data in countries. Imagine countries like Russia and India creating their own OSs? Would such fragmentation lead to inconvenience for these massive userbases and for communication worldwide,  or could these issues be solved with enough development and content creation talent?