Intel launched their latest generation Core series processors based on the Haswell architecture back in June, accompanied by four new chipsets, the low end H81, business oriented B85, the midrange H87 and the enthusiast level Z87. Along with these chipsets, a plethora of motherboards in various sizes and prices entered the market.

Unlike the ROG series where the newer generation of motherboards brought in a radical redesign of the product lineup and market positioning, the Sabertooth eases itself into the new platform with very minimal changes. Changes from the outgoing model include a higher number of SATA 6.0 ports (8) slightly better audio, a better LAN chip and a couple of more USB ports. The board still carries the familiar thermal armor with fans fitted on the board itself for the cooling of VRM and the chipset. 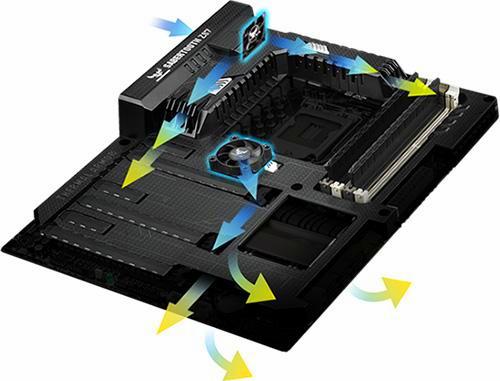 The board also comes with a backplate, christened a TUF Fortifier which protects the board from potential damage that can be caused by bending. Further, it also comes with a set of protectors that cover pretty much every port on the board to prevent damage by dust buildup. 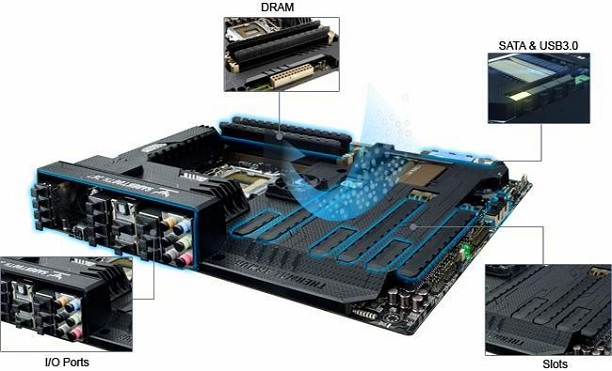 Z87 Sabertooth comes to us with the same TUF components that according to Asus “are screened by seven rigorous military-grade tests to ensure superior lifespan even under the most demanding conditions”. That’s some heavy stuff right there. We haven’t put the claim to test, but the extended 5 year warranty seems to speak volumes about Asus’ trust of the durability of the board.

If you purely look at the spec sheet, you’ll find that motherboards with similar spec and functionality such as Asus’ own Z87 Pro and Gigabyte Z87X-UD5H can be found online for as much as $50 less. Asus demands a price premium for the Sabertooth due to its tougher build and impressive 5 year warranty, but it does also throw the Sabertooth against much higher specced motherboards such as the MSI Mpower Max and again Asus’ own Z87 Expert with luxuries such as inbuilt Wi-Fi, Bluetooth, better power circuitry for better overclocking and on occasion, even better audio.

If you plan to keep your PC in a relatively safe environment (i.e. bedroom) with a decent quality case such as a Corsair or a Silverstone (among others) which would provide your PC with adequate cooling and protection, you could safely consider a board with a few more luxuries. However, we would recommend the Sabertooth as a solid buy if you are worried about your work environment affecting the lifetime of your PC or if the PC would potentially go through some rough handling during its lifetime.