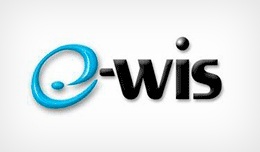 EWIS, the Sri Lankan full-spectrum service provider, has set up a significant milestone in the history of Sri Lankan IT: Sri Lanka’s first PC manufacturing plant – at Hambantota. For such a small country, this achievement is about on par with a successful moonwalk.

“The 25,000 square ft facility is a partnership between EWIS and Microsoft and is aimed at manufacturing Tablet PCs, Laptop Computers and Desktop Computers to fulfill the growing demand for innovative yet affordable computers in Sri Lanka as well as in the Asia Pacific region,” the company said in a statement.

Hambantota is a far cry from China’s Shenzen district, but one cannot help but to consider the steady influx of cheap, personal computing power that a local factory would provide. The impact this facility will have on the local tech can be roughly compared to that of Micro cars on the vehicle market: you’ll likely see some reluctant early adopters. A few quality issues might come into question and be dispelled. Invariable comparisons will be made between these and the assembled PCs available at Unity Plaza or the like. How it proceeds from there is directly in the hands of EWIS and Microsoft. A large portion of PCs produced is set to go towards government schools, complete with Microsoft software (finally: better PCs and less “cracked” software).

EWIS has also been declared an OEM (Original Equipment Manufacturer) partner by Microsoft. They’ve also been tagged as a “Named Account” : a very exclusive program that allows manufacturers to ship Microsoft Windows and Office with their PCs. The whole of South East Asia has a little under 30 Named Accounts These certifications plus their own extensive pedigree is lending EWIS a huge amount of credibility in this new venture. We forsee a lot of government business being directed this way.

As for the private sector? With laptop and PC prices at an all-time low (measured in performance per rupee), EWIS is going to have a few hills to battle up for market share. Keep in mind that we don’t yet know when EWIS will expand into the “Unity Plaza” market, or under which brand they’ll be competing.  Either way, it’s one small step for Microsoft, one giant leap for Sri Lanka.