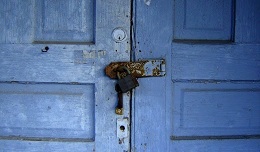 Social networks are a data entry that permits individuals to share and unite in means that were never formerly imaginable. It is slowly but surely becoming a pretty ingenious way to mug your neighbors. In the past burglars made use of obituaries to rob grieving families, now they turn to Twitter, Facebook and location based services such as foursquare.

However with the rise of social media, burglars now have easier access to specific information regarding homeowners than ever before. 73% of burglars say Google street view is one of the most used tools of the clued-up thief, allowing them to case out likely-looking homes in complete safety. Credit Sesame, a private economic tool and website, accompanied a analysis of 50 ex-burglars in the UK Approximately 80% of them said they had used some kind of social media platform to room out neighborhoods ahead of time. 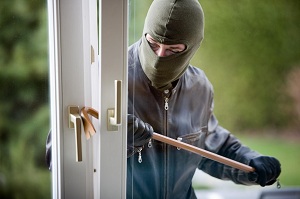 Burglars can make use of techniques usually employed by stalkers to determine when your house and possessions are most vulnerable. According to recent studies in the US, over 75% convicted burglars believe that other burglars are using social media to find their next victim and targets.

How are they doing it?

Social media can tell potential burglars some things that make their job much easier.

What you love! Where you live! How long you’re likely to be away from the property in concern!

A few advance searches on Facebook or Twitter can be tailored to target groups of people who are likely to be out of the country. Like those checking’s into airport lounges on Facebook and foursquare. These searches can be checked periodically for new targets. Facebook’s “Open Graph” search will allow unprecedented levels of targeting for potential thieves of users with open profiles. Social media platforms are increasingly showing where the user has posted from by tagging where a post was made with co-ordinates. If they know where you live, and they know where you are, they know when your home is likely to be empty.

EXIF meta-data contained in image files can reveal an awful lot about you. For instance, many camera phones, such as the iPhone automatically includes GPS location data as image metadata. This information can easily be used to track a user’s location. Most platforms such as Facebook, Twitter and Instagram now removes EXIF data from uploaded photos – but not all external image hosts do.

What can you do to stop it?

Do not automatically share location information on social media services. Do not share your address; consider sharing information with friends (and not with “friends of friends”). Evaluate the information you share on your social media accounts, especially your profile data. If you reverse stalked yourself, would you be able to find out exactly where you live? Consider taking a vacation from Social media when on vacation. Avoid announcements (even if it’s tempting) that you’re going to be in another country for the next few weeks. It’s always better to share vacation photos after the vacation. Even if your hosting service strips out EXIF data, the accompanying “view from the hotel window” remark gives it away that you aren’t close to home. Of course, the pendulum swings both ways. Household landlords are getting shrewd by using webcams and stationing pictures to social networks to help recognize lawbreakers.

A typical burglar will try to attempt to get in and out of a property within 10 minutes. But in this instance the burglar who knows that nobody is coming home in the next few hours are likely to spend longer in the property and cause maximum damages & losses. Steal goods of a higher value than in a standard burglary of opportunity. Social media allows more of these pre-meditated burglaries to be carried out.