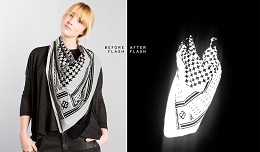 There are some people who say that they are addicted to Facebook and that they can’t go even for a day without checking their status. Well, now there’s a place for them. If everything goes according to plan, then the social networking company could allow said people to literally check into Facebook Town. How, you ask? Well, they just bought up a acre-loads of land. In Silicon Valley.

A Facebook spokesperson was quoted as saying “This purchase is an investment in our future and the future of Menlo Park. Being a good neighbour is extremely important to us. We look forward to continuing our dialogue with city and community leaders on local priorities in the months and years to come.”

In reality it’s way too early in the day to say exactly what Facebook may do with the newly acquired land site and whether or not they will actually go ahead with a full on giant Facebook town where workers and local people can live next to Facebook HQ. Also official plans have yet to appear and Facebook may not move in for a number of years but it is considering building the town.

It already owns the land near Menlo Park in California and has been the area’s largest employer for years with more than a quarter of the residents already employed by Facebook.

In the past a soap factory built the town of Port Sunlight in the Wirral and Bournville in Birmingham was built for the chocolate company. Facebook Town looks to be a way of offering something back to the area.

Water house: Absorbs heat during hot spells and distributes it during cold snaps

With the UN climate negotiators gathering in Geneva this week, one individual, a  Japan-inspired Hungarian inventor Matyas Gutai, believes he has found a revolutionary and inexpensive way to construct buildings that could slash humanity’s energy needs. The basis for his invention: Water. It was launched after a long process of testing and patenting and almost a decade of research and development at a Japanese university.

“Imagine a building without insulation” says Gutai “yet with a perfect indoor thermal balance, thanks to the properties of water”.

A small prototype in the backyard of a warehouse in his hometown of Kecskemet south of Budapest was developed costing him around $57,000 in EU funding and money from the Hungarian government.

The walls of Gutai’s house are made of glass panels, with a gap in between like double glazing, filled with water. This water, only a few cubic metres, is warmed by the sun. So it can be really hot during heat waves. It then absorbs heat like a battery during hot spells and distributes it during cold snaps, making all cosy in winter or cool in summer, as needed. To regulate the temperature shifts, an inbuilt monitoring system allows the user to set the desired indoor temperature, with the heat stored in the water transferred around as needed.

Excess heat in the water during hot periods is stored in a tank in the foundations to be sent back into the walls later when it gets colder. The system reduces the need for external energy sources for heating, Gutai said, meaning that the building can be more independent from the local grid — so not responsible for any carbon emissions.

The walls can be made either entirely or partially of glass and are strong enough to support the building structurally, he said, and also provide perfect insulation despite being much thinner than those on a normal building.

How to thwart flash photographers 101

This one’s for those people who don’t want their photograph taken, especially if you’re famous or having a bad hair day.

A new line of clothing is in town. Called Flashback, it hails from San Francisco-based which is an online clothing site that crowdfunds its lines.

The clothing line has a suit jacket, pants, hoodie, cap and scarf made from material that’s covered in microscopic glass beads that reflect light. It’s the same type of material seen on reflective safety coats and vests for rescue personnel or road construction workers. So when an unassuming person wearing said clothes gets photographed, the clothing reflects the light, thus creating an overexposed image and keeps one’s face in the dark. Although this only works for cameras with a flash.

Apart from being used to thwart the random flash photographer, it would look pretty cool on the dance floor too, although the flashing effect may induce certain levels of uncomfortableness for those prone to Epilepsy attacks