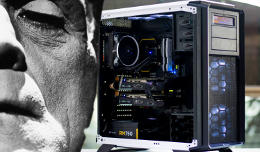 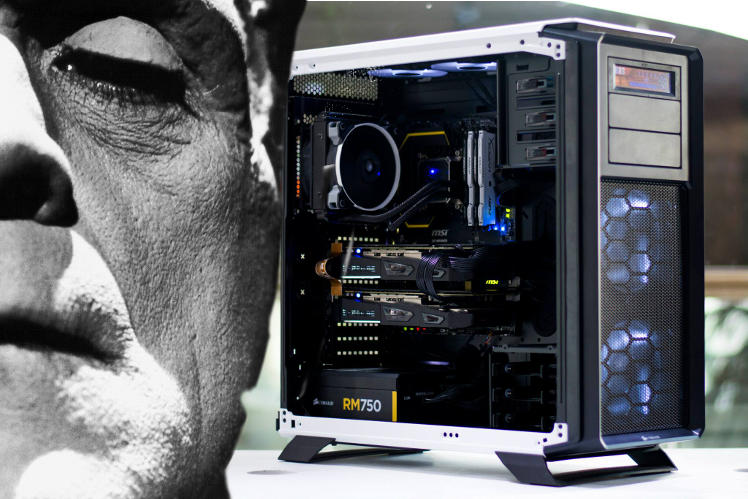 Scenario: You’ve been saving up for a while and you want to get yourself a decent gaming rig. No harm in that. So what do you do? You make your way to the nearest IT mall (in this case Unity Plaza if you’re in Colombo) and walk into a shop and utter the magic words “I want a gaming PC”. The results are instant. You’re bombarded with terms such as i7, 4GB VGA, 16GB RAM and countless more words.

The end result is that you’ll probably end up forking over all your cash on a PC that is horribly mismatched and struggles to keep up with your friend’s PC that costs half as much. You then begin to blame it on the RAM or the Hard drive or the countless deities residing in the upper heavens, but the conclusion is the same: You fail at building a gaming PC. To make matters worse, the people you bought the PC from also fail at building gaming PCs.

What does it take to build a gaming PC?

If you take away all the flashy lights and fans grills and other doohickeys, you’ll see that a gaming PC is in fact just another PC, but with a more gaming oriented background. As such, when compared to a regular PC, a gaming PC would usually consist of a powerful graphics card, processor, motherboard, RAM, hard drive for storage, a more powerful power supply unit to power all the components and of course a chassis or casing that houses all the components. These are the bare essentials of a gaming PC. The rest are peripherals which include monitor, speakers, keyboard and mice. For this article we will be looking primarily at the PC and not so much on the peripherals.

The mistake that most people make is that they concentrate on the CPU or processor and not on the other components. The CPU is not the hero of this movie. That goes to the graphics card.

How much does a gaming PC/Rig cost?

Contrary to popular belief, a gaming PC will not require deals with supernatural entities, sale of body parts and/or robbing of large banks. The trick is to get the components that scale with your budget. For example, you can’t ask for an “i7 gaming PC” if your budget is only around Rs. 60000/-, as the processor alone is around Rs. 45,000/-. You need to be sensible – and know what matters. Read on.

So how much are you really going to spend? Well let’s start off with a modest budget of around Rs. 85,000. The components you’re looking at are:

For just Rs. 85,000/- you can pretty much play most, if not all new (and some old) games at moderately high settings at full HD (1920*1080) resolution. The i3 Processor complements the graphics card nicely and the 4GB of RAM ensures that all your games have plenty of memory to run with. The motherboard listed is your basic run of the mill board with no additional features. Just plug and play. Simple as that.

Upgrading the processor will not have any impact on the game whatsoever and should only be done if you’re planning to upgrade your graphics card. As for the RAM, it’s been tested countless times and proven time and time again that adding oodles of RAM does not miraculously make your games faster – unless you’re talking Minecraft. We’re not saying it can’t be done, but rather, that there’s no point in doing it at this price point.

If your budget for the PC is over the Rs. 100,000/- mark, then that gives you somewhat of a valid reason to upgrade to 8GB, but if it comes to choosing between getting more RAM and getting a faster graphics card, always go for the card.

Case #2: Higher up the ladder

Here’s the local step up: full HD gaming at high settings. Note that when I say HD gaming, I mean a constant 40-60 FPS, which means a smooth game and a more realistic experience. There’s no point going HD if your game plays like a Powerpoint presentation, is there?

Case #3: For the Heavy Gamer

For a little under Rs, 160,000/- you get a gaming rig that will give you a constant 60FPS (frames per second), at full HD with everything (and I mean everything) turned on. We’re talking Anti-aliasing, Anisotropic filtering and HBAO/HDAO. If you run a very graphically intensive game like Assassins’ Creed: Unity for example, you may notice a bit of a lag  and an overall frame rate of around 50FPS, but that is to be expected given the somewhat less than ideal optimization of the game engine.

Again, most of the funds allocated are towards the graphics card, namely the AMD Radeon R9 290X. At that price, you’re hard pressed to find a competitor from the green side. If you want to go beyond Full HD to something like 2K resolution (2560*1600), then the R9 390 can still handle stuff, albeit at reduced settings.

The motherboard by no means plays a part with regards to gaming, save for it connecting everything together. But that doesn’t mean it should look bad, either. The Gigabyte Sniper B7 motherboard listed here is based on Intel’s B150 chipset. Featuring a cool looking green and black design with customizable green backlighting, it’s a little bit of bling for the buck. And it goes well with the case.

Straight off the bat, this is all about the BLING. A Core i7 CPU overclocked to 4.2GHz, 32GB of3000MHz DDR4 RAM and of course 3 Radeon R9 390X graphics cards in crossfire. The graphics setup alone is almost half the cost of the entire build. And rightly so. With this kind of performance, you can expect to game at 4K, scratch that, triple 4K displays. That’s right. Packed together in a gorgeous casing like the Graphite 760T with a large window to show off your bling. Need anything else?

There’s a huge gap between our Heavy Gamer and the YOLO builds, and if you do want something in between, you can. We’ve left out a great many possible builds because of all the variation. A sexier case without breaking the bank? Yes, possible. Themed, matched motherboards and lights? Doable. All manner of cooling? Again, possible. Take our builds as templates for one particular pricepoint and see what you can stack on top.

In addition, just keep these things in mind. For anyone looking to buy a gaming rig, here’s all you need to know:

Well there you have it. Our take on how to build a gaming rig, how much to spend, and where to spend it on.

*All prices listed are accurate to the date or writing.