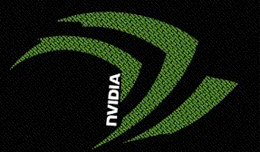 By now, the gamers and tech enthusiasts among you might have picked up word of an all-new graphics card from Nvidia. No model number. This is the Geforce Titan, Nvidia’s new limited edition behemoth. Some sources say it will he revealed today (ie.: the 18th of February); others point to dates later this month. Nvidia remains silent.

So what IS the Geforce Titan? Let’s look at it from a Sri Lankan point of view. The Titan is a hellishly expensive, limited edition graphics card that slots in between the GTX 680 and the GTX 690. Those cards, especially the $1000-dollar GTX 690, are very high end products that rarely see Sri Lankan waters (we know for a fact that only Techzone, E-Globe Solutions and Redline stock these with any regularity). Given these facts, the Titan is a hands-off for most gamers.

That said, the Geforce Titan is one more reason to get enthusiastic about Nvidia. Essentially, it’s set to be the world’s most powerful single-GPU card. Unlike the other cards we’ve seen so far, the Titan is built on the GK110 architecture. GK110 has not been part of the consumer gaming lineup: it’s a microprocessor architecture previously used only in Nvidia’s Tesla K20X product range, used for GPU compute and building supercomputers. That’s right – Tesla cards are actually used for high-performance processing, not for graphics. Rumors are that the card was actually named for the Cray Titan supercomputer, which was built using nearly 19 thousand Tesla K20X cards.

Tech specs at this point are pretty much the same on every site. Reports confirm that the Titan has a staggering 2880 processing cores, with 2688 enabled. This disabling is due to the yet-to-be-improved yield of the 28 nm manufacturing process. Each core reportedly runs at 732 Mhz. That’s lower than the GTX 680’s 1500+ cores at 1GHZ – but it’s expected to beat out the 680 while keeping the power draw at a manageable 235 watts. It’s expected to come with 6GB of VRAM and either a 512 or a 384-bit bus. Those are some pretty high figures. It’s safe to say that this card is, like the Bugatti Veyron, a limited enthusiast edition. If we come across one of these in our daily commutes around the city, you’ll be the first to know!

*Have something interesting and IT related to share? email the [email protected]