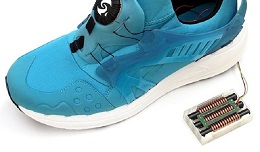 Researchers from TriLite, in cooperation with the Vienna University of Technology in Austria state that the have managed to develop a revolutionary new type of display  that if successfully implemented, could result in massive billboard screens which can project 3D images, with no glass required, essentially blurring the line between 3D displays and holograms (where hundreds of different images can be projected at different angles)

Trixels or 3D pixels as they are called revolve around individual beams of light which are projected directly into the viewer’s eyes.

The Trixels use a combination of mirrors and lasers to generate each beam, and according to TriLite, the left and right eye is presented with a different picture each. To fully experience the 3D effect, a viewer must be positioned at a certain distance away from the screen, lest the image appear in regular 2D.

A member of TriLite, Jörg Reitterer states that they are creating a second prototype, which will display color pictures with a higher resolution.

Shoes: The power source of the future?

Just around the corner from Vienna, researchers in Germany have developed a pair of shoes that generate electricity via the act of walking. As such, the technology is a viable option to be used to power wearable electronic sensors without the need for batteries.

The researchers are currently working on indoor navigation. The shoes have inbuilt sensors that measure the acceleration of the foot, the angular velocity and the magnetic field. The data gathered from these sensors can be used to calculate how far one has travelled and in which direction. Both devices generate power by making use of the motion between magnets and coils. As such when the magnetic field of a moving magnet passes by a stationary coil, a voltage is induced and an electric current is generated. Although it should be noted that the power generated is around 3-4 milliWatt (mW) which is basically useless for smartphones which require 2000mW, but can be used to power small sensors and transmitters.

In addition, the swing harvester has another purpose; a self-lacing shoe for the elderly. The shoe would detect when a user stepped into it and lace itself up, as well as open up again when required. The harvesting device would generate the energy for the closing mechanism.

The glass that gives 2x the power

It seems that researchers are discovering all kinds of new things. Added to that list, ETH Zurich researchers have discovered a new type of glass material that may be used as an electrode in lithium-ion batteries which could very well result in the doubling of a smartphone’s battery life.

Led by Dr Semih Afyon and Reinhard Nesper, the material may have the potential to double battery capacity. They call it Vanadate-borate glass and it is being used as a cathode material.

Forged from vanadium oxide (V2O5) and lithium-borate (LiBO2) precursors, the material was coated with reduced graphite oxide (RGO) to enhance the electrode properties of the material. The resulting charge would be enough to give almost twice the power for a smartphone when compared to a normal battery.

Vanadium-based compound was used as it is a transition metal with various oxidation states, which can be exploited to reach higher capacities. To produce the cathode material, powdered vanadium pentoxide was blended with borate compounds. The scientists melted the powder at 900 degrees Celsius and cooled the melt as quickly as possible to form glass. The resulting paper-thin sheets were then crushed into a powder before use, as this increases their surface area and creates pore space.

One major advantage of vanadate-borate glass is that it is simple and inexpensive to manufacture. This is expected to increase the chance of finding an industrial application.