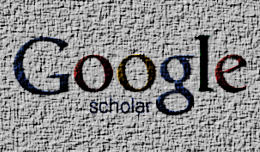 Well over a decade ago, Anurag Acharya, an Indian scholar and computer scientist, set aside his duties and Google – he’d been in charge of Google’s indexing technology, creating the systems that we use every day – and began work on a much smaller project: Google Scholar. He was burnt out from the high pressure of keeping the index alive and wanted to work on a different problem – helping scholars access research data, a rather problematic issue for science at large. Together with engineer Alex Verstak, Acharya began working on this new system of theirs. In November, 18, 2004, Google Scholar went live – and changed the way the world of research accesses data.

“Once we launched it 10 years back, usage grew exponentially,” says Acharya, speaking of the service – which today (according to a survey by Nature) is used by almost 60 percent of scientists. The whole thing is run by a team of just nine people. “One big difference was that we were relevance-ranking (sorting results by relevance keeping in mind the user’s request) which scholarly search services had not done previously.”

Curious? Read this beautifully written piece on Medium, in which Backchannel charts the tale of Google Scholar and its evolution.