What if you got the chance to work with the best software companies while getting paid to do it? There is also the chance to witness your contribution to the open-source community take center stage with all due recognition. All this is and more is possible if you apply for Google Summer of Code 2016.

This is one of the biggest global coding events organized by the iconic search engine giant. The Google Summer of Code (GSoC) is an international program which is hosted annually since 2005. The program gives students the opportunity to work on open-source projects, alongside some of the biggest software companies in the world as their mentors. At the end of the program, Google not only recognizes the successful competition of the project but also awards a generous cash prize. It’s no surprise that the program sees thousands of students apply from 103 countries. Among the GSoC 2016 mentoring organizations are Drupal, Eclipse, Git, Mozilla, Python and WSO2. Any student that participates in the GSoC program will join the open-source communities of their mentoring organizations. 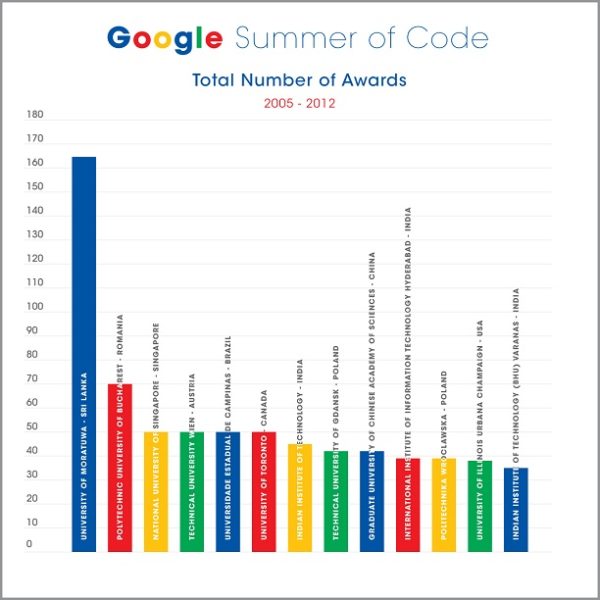 To be eligible to get into the Google Summer of Code program, the basic requirements are:

Once you’ve been accepted into the program, you will then be working on an open-source project approved by your mentoring organization, over a period of 3 months. You can find the full timeline of the program here. If you’re able to successfully complete the project then Google will pay you $5,500.

Aside from the generous cash prize, the Google Summer of Code also has a ton of other benefits. Participating in the program will help you to develop interpersonal skills, leadership skills, and give you immense programming knowledge. Most importantly, it gives the chance to hang out with some of the best experts when it comes to tackling software challenges.

To say the Google Summer of Code is an amazing opportunity, would be an understatement. This would be an amazing opportunity for you to gain access to all of the top-notch open-source organizations. It would also open the pathway for anyone to gather new skills to add to your resume. GSoC not only provides exposure to an awe-inspiring community but you also receive the chance to win a cool sum of cash. Now, why would anyone say no to that?