Time for the latest update on what to buy and what not to buy in the graphics card world. Since our last article, we’ve had the introduction of a brand new graphics card generation, some ridiculous price cuts and the mandatory annual WTF driver update from AMD. Onwards then.

The big news is the launch of the new GeForce 900 series graphics cards. Sporting brand new silicon with the Maxwell architecture first teased in the GTX750 series cards, these cards follow the same tradition by giving ridiculous power to performance ratios. The GTX 980 and GTX 970 have made an appearance in the market, albeit at slightly higher prices than what we would have liked. Blame yourself for living in a third world country. Hopefully though, prices should drop over the next quarter when global demand evens out. Nvidia is currently sitting pretty – with AMDs answer only expected in early 2015.

AMD played a similar hand to the GeForce GTX750 series cards with the Radeon R9 285. With performance in the region of the existing R9 280 series cards, the R9 285 focuses primarily on power savings than breaking performance records, albeit less effectively than NVidia does. Regardless, a step in the right direction.

Down the ladder, Nvidia has reached into their much used recycle bin to pull out a GT640 and call it a GT730. It’s slightly cheaper, but nowhere cheap enough to affect the price to performance ratio of the lower end R7 cards. We also see a new R5 230 entering just over 5000. This falls into the same category as the GT610s and GT620s, so avoid at all costs.

Since Nvidia launched the new 900 series cards a few weeks ago, AMD has counted with some significant price drops. These start right at the top with the R9 295X2, R9 290X and R9 290 dropping a whopping Lankan Rupees 70,000, 25,000 and  20,000 respectively. This offers some compelling performance options for not too much money. Lower down, the R9 280 drops to 35,000, further improving its already ridiculous performance to price ratio. Apart from this, prices have generally remained the same.

The other big news in the past period came as Catalyst driver update from AMD. Although it wasn’t a highly publicized affair like the Nvidia wonder driver earlier this year, the AMD Catalyst 14.7 driver update (and subsequent updates) provided up to 20% more performance (mostly in Nvidia favored titles such as Watch_Dogs) across the board.

Why is this significant? Because this means that some AMD cards which were once considered from a lower ‘tier’ of graphics card can now match up to higher tier AMD cards. Notable examples include the R7 260X trading blows with the GTX750Ti and the R9 270X trading blows with a GTX760, which affect our recommendations significantly. So if you haven’t already done so, go update your drivers now for a free performance upgrade.

You can find the latest drivers for your card here. AMD (link)   Nvidia (link)

Before we move onto our recommendations, our trusty graph**.

Onwards to our recommendations.

Why are none of these recommended? To put it into perspective, the Intel HD Graphics present on the current generation Pentium processors will give you better graphics performance than all those older gen cards. These are only viable if you are looking for a cheap performance bump for an old Core 2 Duo PC.

The reigning champion in this price bracket is the R7 240, and there hasn’t been any new releases or significant price drops to knock it off its perch. If you can spend a bit over 10k, we’d suggest grabbing the DDR5 version of the card.

Nothing much has changed in this price bracket over the past couple of months.  The clear stand out here is the R7 250X, offering performance unmatched by the other cards.  The recent driver update means that the R7 250X is ever so close to the GTX750, which continues to sell for around Rs 20k.

Rs 20,000 is the sweet spot for graphics card in our market. So whatever goes here will undoubtedly be the crowd favorite.

The R7 260, R7 260X and GTX750 battle it out at this position. With the recent driver updates, the R7 260X trades blows with the GTX750Ti, with the GTX750Ti only pulling ahead in heavily Nvidia favored titles. However, the GTX750 has the advantage of not requiring an external power connector, therefore being compatible with a wider range of low end systems.

Pushing up to Rs 25,000 puts you within reach of the R7 265, the GTX750Ti and if you can extend slightly over Rs 25k, a R9 270. If you have been following this series of articles, you’ll know that the R9 270 was recommended as the best graphics card available for 30k. Since none of its competition has dropped in price, the R9 270 easily gains the recommendation at Rs 26k as a solid performer on a 1080p display. The GTX750Ti still stands as the fastest card you can buy that runs without external power, and as such gets a mention here. 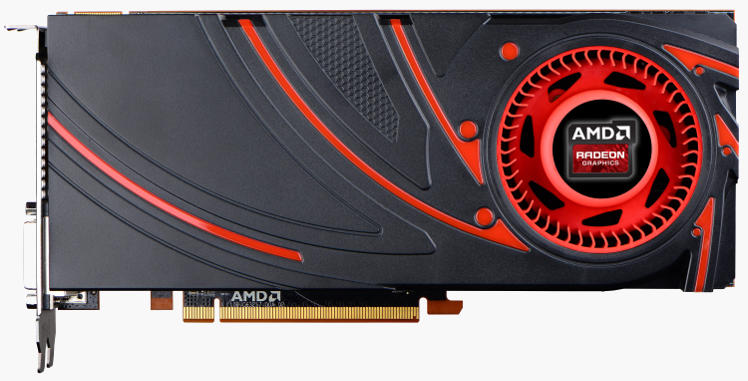 If you absolutely can’t go beyond 30k, get yourself a R9 270 and maybe a pair of jeans with the leftover money. If you can dig an extra couple of thousands out of your wallet, put them towards a R9 270X, and make sure to overclock to justify spending the extra money.

Ah, the R9 280. This card has enough horsepower to comfortable max out pretty much anything you throw at it at 1080p. It ticks all the boxes – power and a 3GB memory buffer over a 384-bit interface for all that texturework and antialiasing.

AMD’s own R9 285 is more of an experiment on AMDs part, trying out a new architecture before launching the real deal with the R9 300 series. While it’s generally faster than the R9 280, it suffers the same drawback of the GTX760: only 2GB of VRAM over a 256-bit interface. In our opinion, it doesn’t do enough to warrant spending 20% more on a R9 285 over a R9 280, so it’s the R9 280 that gets our recommendation (along with a better pair of jeans).

What costs Rs 55,000 and packs more punch than Manny Paquino? The answer is an R9 290. This card, which used to cost Rs 75k in our last roundup. has received a MASSIVE Rs 20k price cut and now sits peerless at Rs 55k. For reference, this card is more powerful than the original GTX Titan (which can still be found for around Rs 150,000). This is a card that would swallow up a 2k display for breakfast and take out a 4k display for dinner at a 5-star restaurant and hold its own. This is so much mind-blowing performance for the money that even we’re still struggling to comprehend.

The R9 290 can pretty much do anything you want off a graphics card. What could 15k more possibly give you? A whole lot more horsepower, that’s what. Remember that R9 280 we recommend for 35k? You see where we are going with this. 2x R9 280s in crossfire. The 384-bit memory bus sets itself up perfectly for a multi-card setup, offering more performance than any single graphics card can offer (even the GTX 980).

Butbutbutbutbut… what about the GTX 970? Yes, yes, we haven’t forgotten about this gem. Just launched, the GTX 970 offers unmatched efficiency while offering performance that matches up to an R9 290X. Drawing just 150W under load, it is the undoubted winner for performance per watt.

However, considering outright performance, is it a GTX 970 better than a dual-280 setup?  That’s highly conditional. GTX970’s exist in the 65K range, which is the rightful price for the card considering its competition. If you want a card with extreme performance but are concerned about power draw and are not willing to go through the hassle of a dual card setup, we’d recommend the GTX970. If not, dual-card it is.

What about the R9 290X? While it offers comparable performance to a GTX970, it’s simply outclassed by the efficiency of the NVidia card and hence fails to gain a recommendation.

Expectation: Ultra settings on just about anything

Why would you need an Rs 100k graphics solution? A dual R9 280 setup easily conquers a 4K display so either you’ll be looking at a triple-2K setup or looking for 60+ FPS on a 4K monitor. Honestly though, if you are planning to spend this much on graphics cards, take a long hard look at your monitor setup and make sure you aren’t wasting so much performance on inadequate screen real estate. If you are sitting in front of a full-HD display right now and contemplating spending Rs 100k on graphics, we’d strongly advise also including a monitor upgrade within that budget.

If you are rocking a super high end display setup and/or want the latest and greatest in graphics cards, here’s what you are looking at: A pair of R9 280Xs just under a 100k, a pair of R9 290s for just over or the GTX980.

The recommended would be undoubtedly the R9 290s in Crossfire, with the dual R9 280Xs coming in a distant second.  The GTX 980 is simply outclassed by these cards.

** Why 3D Mark?  The graph is a compilation of scores found here (link: http://www.futuremark.com/hardware/gpu).  It collects the scores of thousands of users who have submitted their scores through the benchmark, and gives out an average for each card. This eliminates the bias towards any platform and gives an indication of real world performance.