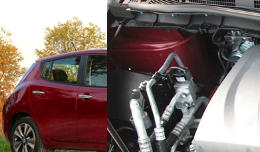 What does it take to build an electric car? Well, that’s a question we asked ourselves after the wildly popular craze created by the Vega Supercar. Our curiosity got the better of us and we scheduled an appointment with the folks at CodeGen (again). Here’s what we found out.

The two factors to consider here are torque and power factor. The torque deals with how fast the vehicle goes and the power factor indicates how well it converts energy to motion, which determines the range it has; something with a power factor gives better range. Usually in a supercar or high-performance vehicle, the manufacturer tries to get the maximum amount of torque to deliver the maximum level of performance to the driver.

This obviously has a negative impact on the fuel consumption.

Now, EV’s generally employ one of two types of motors: brushless DC drives (also called Permanent Magnet Synchronous Motors) and induction motors. The PMSM generally is a higher density motor, allowing for a bigger power factor along with a control strategy that is easy to manipulate based on requirement. An induction motor on the other hand (as used by Tesla) has a somewhat complex control system.

What motor you go for, and the performance that you get, depends of your calculations here. The Vega has 2 motors, each pumping out 150 Kilowatts- around 450 brake horsepower per motor; on ye average EV, like the Nissan Leaf, you would need only around 80 to 100 Kilowatts. There’s also the differential to consider.

Now that we got the motor covered, the next thing you’ll want to turn your attention to is the battery. A normal vehicle has a petrol or diesel engine for the motor and a battery that takes care of the electronics such as the lights, radio etc. With an EV, all of these are controlled by the battery.

The key advantage of using a LiFePO4 battery compared to the LiMn2O4 is that the chemical bonds in the latter are weaker. If LiMn2O4 battery is repeatedly charged and discharged, then it can degrade easily and even explode; hence the LiFePO4 battery.

Turning battery cells into battery packs is a whole different ball game. This require proper voltage regulating, monitoring and cooling. If the voltage drops below a recommended level, the battery can get damaged and if it’s rated higher than normal, it can discharge faster, which in turn would shorten the lifespan of the battery. In order to combat this, all EVs use a battery management system. To provide a better battery life, all cells in the battery pack must be charged and discharged evenly. All 600. This is where the system comes into play.

There’s also cooling; most regular EVs would have a cooling system similar a radiator. In the Vega, they use a a water and ethyl glycol mix to keep things cool.

The Vega has more than 30 subsystems. The main ones, though, are the battery management system and the Electronic Vehicle Management System (EVMS). The EVMS is basically the brain of the vehicle: it determines aspects such as the mode you’re driving in, checks if the motors are in the correct RPM range, and generally does almost everything. The EVMS is found in all EVs and they all communicate using a CAN (Control Area Network); the Vega has 4 of these to control elements such as the motor, charging and electronics.

A regular EV such as the Nissan Leaf has about 3 CANs; all of a lesser complexity, but built along the basic principles and functionalities.

When you see a BMW, you KNOW it’s a BMW. The curves, the contour, all these things play a part in how the car looks.

The Vega, being a supercar, has to look like a supercar. The Nissan Leaf on the other hand won’t really win any awards in the looks area, but it doesn’t really need to. We’re not calling the car ugly, but simply put, it’s not built to be eye candy. Its purpose in life is to go from point A to point B while being really affordable.

This doesn’t mean you can just make a box-shaped body and plunk it down onto the chassis. Heavens, no! Aerodynamics play a part in everything. 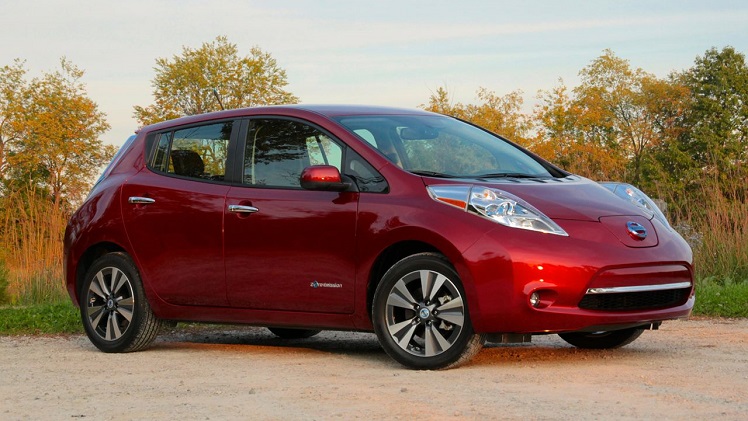 Ergonomics, how people will sit, the viewing angle of the driver and passengers, weight distribution of the components, seating, road regulations such as ground clearance, these all play a part in development of the shape and structure of an electric vehicle.

Weight reduction also plays a key role. When traveling at high speeds, having as much downforce as possible is recommended in order to the car from going off the road. In a normal EV, this is not required. Also, regular EVs don’t need body panels made of Carbon Fiber either. It may be stronger and lighter, but will make a difference at a modest 40MPH? Not really.

Every EV needs to charge its battery for it to be used. Charging systems for EVs come in three levels.

Although you can’t just up and make your own charging station, the Vega team at CodeGen have been doing just that. They already have what they call the “L2 Home charger” already in production, and a charger aimed at office environments. They’re awaiting certification to make chargers that comply with CHAdeMO chargers, delivering flavors of 15kW, 25kW and 50kW.

If you are in a country that doesn’t have Tesla building free stations (like ours), this is one of the problems you’ll have to face. Of course, the easiest situation is where you let people charge at home and wait for the country to catch up – which is just what’s happening in Sri Lanka.

Of course, you need talent to bring all of this together. Car manufacturers employ thousands of people; even for a boutique EV, you need knowledge and skill in spades. And money, of course, but we’ll let you figure out the cost of all this. Until next time.