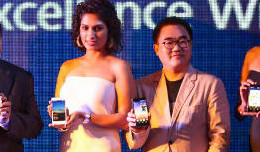 As the lights in the Kings Court at Cinnamon Lakeside go dark, a video begins playing on the screen behind the stage. It shows a person in an armored, Iron Man-ish suit, with the Huawei logo clearly stamped on it, building a phone inside the laboratory of a sci-fi spaceship.

Once the phone has been built, a drone snatches the phone and delivers it from the Spartan’s huge spaceship orbiting the earth to Colombo. On video.

As the video ends, the lights return, and focus on a drone flying towards the stage inside the Kings Court to deliver the phone to Thomas Liu, the managing director for SEA of Huawei. As he takes the phone from the drone, the photographers rush towards the stage to take pictures of him holding the phone. This ladies and gentlemen, is how Singer and Huawei gave us the first glimpse of the latest Huawei flagship smartphone to arrive in Sri Lanka: the Huawei Ascend P7. 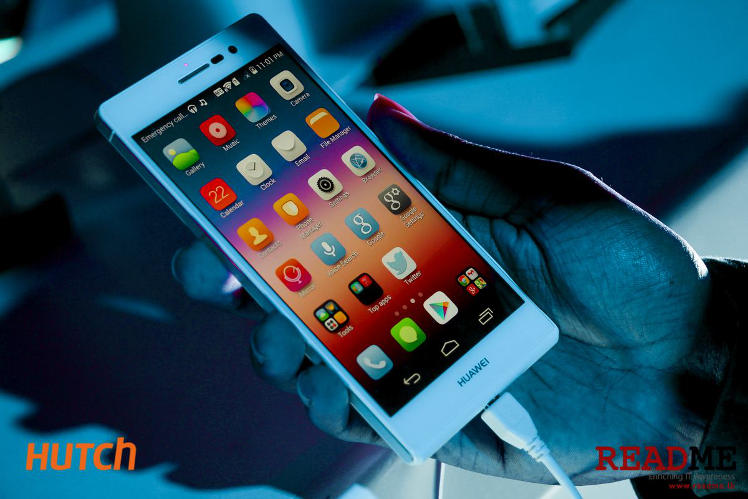 So what does the Huawei Ascend P7 bring to the table?

The Huawei Ascend P7 brings quite a few interesting features that are expected of a flagship phone. However the question that needs to be answered at the end of the day would be: is it worth Rs.69, 999? 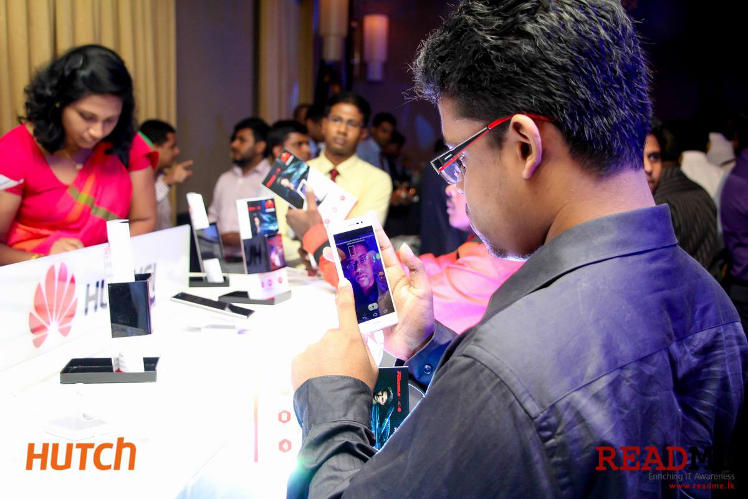 We have no idea. Sadly we only got a brief hands-on moment with the Ascend P7 so we couldn’t submit it to our series of tests to answer that important question. But if we do get our hands on a device you know we’ll answer that question for you with a detailed explanation, folks. In the meantime, check out our photo album of the phone and the event.