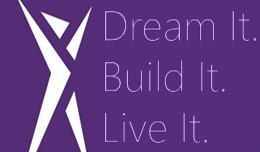 Yesterday held another event of note. While the ladies were getting their hacking hats on at the SLASSCOM Womens’ Hackathon, the teams at Microsoft’s Imagine Cup were presenting the best they had to offer. Needless to say, we were in the audience as well, checking out the projects as they rolled in. What the judges select we can’t say, but we can say that we say some good projects, some bad projects and some truly mind-blowing projects. Here’s what really caught our eye:

1) Give A Smile, a platform for people to donate.  Give A Smile involves a registry of needy children, with each child given their own profile page (yes, a network of sorts) with their needs listed. Donors can send their contributions to exactly where it’s needed, selecting individual children in different countries to push things to. It also brings together business partners with donors, so there’s a realistic platform where people can buy goods from retailers to be shipped to the children with a few simple clicks.

It’s not just goods: people can also pay for transport and logistics and said donors don’t have to invest a huge amount of time doing what they want to do: it boils down to about 5 minutes worth of clicking through a website. Quite a thorough concept they have here. Even better, they’ve already put this into practice with local children: they’ve made a very touching video on some of the children they’ve managed to help with this system. Parting people from their money is hard, especially for charity, but we can see this system being used by the likes of the UN for the betterment of the world.

2) What (from a distance) looks like a white broom handle stuck in a cardbox box. We get a very different view up close. Said broom handle is actually a complex stem of sorts with a whole nest of electronics on top. This is NaviSys, an indoor navigation system – read: a robotic wheelchair – that uses a digitized map of a building and nodes for navigation. We’ve seen this before at the Motorola Inter-University competitions. Once the user enters the location, the system finds the shortest path to said place, automatically detecting and avoiding obstacles on the way. Interesting fact: they’re using Nvidia Tegra chips, and the broom handle is the prototype. They’ve got perhaps the most finnacially detailed pitch we’ve seen thus far. But why Tegra? It’s not like you need the graphics. If it’s an ARM architecture they’re after, there’s plenty of cheaper stuff. MediaTek comes to mind.

3) Find Me, which is to find children who’ve been abducted. It’s about giving vistims a way to communicate – a soft toy. Press the nose twice and a message calling for help is broadcast through SMS evey two minutes of so, including the exact location of the soft toy in question. Even when not in danger, the location can be tracked through an app, which also shows the trail of locations the soft toy was at previously. Their solution has the merit of being far cheaper than the competition, coming to roughly $50 for the whole thing. They’ve apparently tested it out to impressive acclaim. It’s not just soft toys, but a whole variety of possible personalised devices.

4) Crony Hand, a solution for helping arthritis and paralysis patients: a powered glove that uses pneumatic hinges and sensors to detect and aid in motion. It basically uses signals from a program to move fingers so that they don’t wither away from the lack of movement and exercise. The great part? Their prototype device cost them just Rs 20,000. The judges, interested, questioned how they can make it smaller and lighter with enough funding. Now if this was hooked up to someone’s brain ….

5) ThirdEar, perhaps the one app we can see taking off right away. As in right away. It’s an app and a solution to combat accidental unawareness when listening to music on your headphones. It’s application is quite simple: when a significant sound, like a vehicle tooting its horn at you, the app analyses it and pauses the music so you hear that sound. From a tech perspective, the app checks for patterns in the noise around you to judge what’s relevant (eg: bus horns) and what’s not. Latency is almost nonexistent. The downside? Around one hour less battery life. Very impressive, this thing has recieved some acclaim from the police and have gotten a lot of attention from the judges as well.

6) Dream Mode. Team Firebirds captured a great deal of attention for their completely out-of-the-box product and extremely polished presentation.  We’ve seen these guys before. They’re a great deal more polished than everyone else here, because they’ve done this before: they won the Imagine Cup last year. Dream Mode apparently sends you to sleep (yes, even if you’re an insomniac: that’s what they’re targeting).

Then it gets cooler. They headed into dreams (Inception-like twist here – are they controlling the mind?) They’ve got something called Dream Sense Technology that promises  preset, downloadable dreams – and they claim it’s possible. Inception much? What they seem to do is bring together soundscapes and other things to “suggest” things that people then dream on. You can dream, share (major cultural change incoming here) these dream-inducing soundscapes  and even take control of dreams – Activiating the Lucidity program, they call it. This is mind-blowing and if true, leagues ahead of all the other stuff shown here today. The target market? Dreamers – digital media consumers – “Imagine if you could control your dreams as the next level of entertainment”, says the team – and insomniacs who really need their sleep. All of this is done via a custom headband with a built-in EEG and a whole lot of sensors we’re not at liberty to discuss right now.

Of course, there are cool projects, there are viable projects, and even at this stage, there are projects that aren’t going anywhere. There’s a fine line between a fantastic theory and a viable application. Which is why we have the judges. Let’s see where these folk go – and which one of them is going to end up topping the charts.