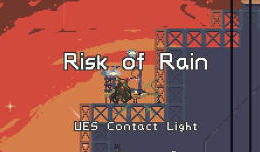 The Steam Summer sale has come and gone. Amongst the aftermath of emptied wallets and lost time, we came across a few lesser-known games that had us hooked. And they’re good. Really good. If all you hear about is GTA, you should try this stuff – forget the “podi game” mentality and just have fun.

The criteria for what we’ve included is pretty loose: Small developers, uncommon gameplay mechanics and the ability to suck in hours and hours of your time. These games aren’t new, but if you haven’t played them – your loss.

I’m going to start off with the most successful game in this list. This is a fairly old game, but the developers have been releasing patches for a while (although no major update in the past year). On the surface, Terraria is just another sandbox game. A Minecraft clone, even. But if you go past the surface you will see a game that perfectly blends exploration, mining, building and questing.

Not many games let you build your dream fortress to prepare yourself for a random goblin or zombie invasion; or even build an arena that you can fight a huge boss in. Terraria puts you into a diverse world all yours (plus any friends) to explore and do with what you will. You start off struggling to stop zombies from entering your home, but a 30 hours later you’re building a gigantic castle with its own lava traps.

There is an incredible amount of depth in the gameplay. You have hundreds of weapons: Swords, hammers, lightsabers, bows, guns made out of sharks, maces that shoot rainbows, boomerangs, we can do this all day. You fight enemies that range from simple blobs to a giant disembodied eye of Cthulhu! It’s hard not to get enthusiastic about it.

Getting used to the game may be a bit daunting. Which is why I recommend consulting the wiki on a lot of things.

Better yet, play with friends! Adventure is more fun with friends, and this rings true with Terraria. You can help each other out; raiding for loot, killing that boss, or even battling it out in that PVP arena you build. Multiplayer adds much more to the game, so if you do get a copy, make sure you convince your friends to as well.

Lets jump into something completely different! Risk is a retro indie game from Chucklefish. Unlike Terraria’s looting RPGness, Risk of Rain is a roguelike. That is, a game that has randomly generated levels, no saving and permanent death. I could go on and on about how well made RoR is, but I’ll just outline what makes this a fun game.

The game is set a random alien world. It’s your job to shoot your way through. It’s an insanely fun 2D shoot-em-up that literally evolves into bullet hell as you proceed, with difficulty going from easy to nightmarish the longer you stay alive. The permanent death adds to the investment you have to your character, so each battle is extremely tense.

Fortunately, the controls are very responsive and very simple. You won’t have moments where you pressed dodge button but failed to dodge. If you die, you die because you sucked. When you die, you just start back again. Randomly generated maps and drops makes each game unique, so it won’t get repetitive. Enemies are fun to kill and feel less of a chore and more of a challenge. Throughout all this, the simple 2D 16-bit graphics are beautifully drawn to a unique aesthetic that maintains fantastic attention to detail, without being too confusing for the player.

The quality of the music is equally important. Blasting alien monsters with rocket launchers is just not the same without the pumped up jams RoR’s soundtrack sports. I know people who just bought the OST before the game.

We tried multiplayer with two people as well, and it added a whole new dimension to the game. If you unlock a few of the several unique playable characters, you can mix and match classes and strategize. Our most successful combo was an artillery dude shooting rockets from afar (Yudhanjaya), while a shotgunner with a blast shield (me) tanked and kept enemies at bay. Connecting is done through directIP, like Terraria, so make sure you use a forwarded port (there are several tutorials online that say how).

Finally, let’s shift to something completely different.
Space Run is a first release from Passtechgames, and the best way to describe it is that it’s an RTS tower-defence game.

You are essentially an independent interstellar trucker: you take on contracts from various corporations to transport their unique cargo from point A to point B…building a pretty sweet ship in the process.

Let me explain. Transporting stuff is a deadly business. Along the way you encounter threats ranging from asteroids to space pirates and it is your job to not lose the cargo – and to reach your destination quickly. The less cargo you lose and the quicker you reach the end, the more reputation and money you get. Reputation gets you more levels and money lets you buy and upgrade modules.

Your ship is reset during each mission with a unique layout. You need to build modules on a hexagonal grid on your ship by killing enemies and collecting their scrap. It’s up to you to decide to what to build.

The cargo itself is a very interesting part of the game. Each company has unique cargo with their own requirements. A shady mob/mafia will have you transport nuclear weapons, which destroy parts of your ship if they’re hit. Another shady group will get you to transport cargo which drains energy from adjacent squares. These features make you adapt your strategy to each run and gives the game a puzzle aspect to the game as well.

During the many intense battles, you will find yourself rushing to collect scrap with resources and quickly build turrets or shields to protect your precious cargo.

Amidst all this, what I find most endearing about this game is how Passtech don’t take themselves all too seriously. The game is littered with cheesy quips. Meta humour about things like the pirates’ typical names like Brown beard making no sense in space are all too common in the character’s frequent exchanges. This all makes the game feel fun and gives it a personality. A refreshing change from the typical gritty vibe common in the big AAA titles.