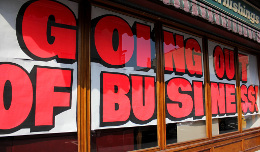 Looking at a successful startups can teach some valuable lessons, but what about failed startups? An interesting question indeed:  apparently a failed startup can teach you a LOT more than a successful one. Here’s a few startups that failed – epically- and what we learned from them. (cover photo by Marius Watz).

Zillionears was a platform that allowed artists to release their songs using dynamic pricing, with the price dropping each time fans spread the word. In theory this would’ve allowed fans to get music cheaply while allowing artists to interact and get quick feedback from their fans.

However in practice things didn’t work out so great. As one of the founders, Jordan Nemrow (@nemrow) mentions in his tumblr post, artists they spoke to before launching (one and a half years before) loved it, but right from the start things were bumpy. The 1st beta test of Zillionears was disastrous to say the least. Amazon had suspended their account for not complying with the proper money transfer regulations, so while fans were able to purchase music, Zillionears didn’t get any of the money. The founders had to pay the artists out of their own pocket.

However, even that wasn’t the really disastrous part. No one using the service liked the dynamic pricing model because they wanted to actually support artists. Saving money wasn’t on their minds. In other words, Zillionears totally forgot the reason as to why people paid for music in the first place.

Despite the major setback, Zillionears rebuilt itself to meet Amazon’s requirements and decided to carry out another beta test. Sadly the second beta test was a disaster as well: the only artist they could get decided to sell his music on another platform at the last minute. The founders eventually pulled the plug on Zillionears and gave it a quick clean death.

Lessons learned: Keep a close eye on your market as well as the industry. Learn the rules that any service you use operates with. Make sure all your stakeholders understand how your product works.

Everpix in simple terms was Dropbox for pictures. It would sort all your pictures and made you nostalgic by emailing you a random year old picture from your library every day. Unlike Zillionears, Everpix managed to raise $2.3 million, built a user base of 55,000 over two years and was being sought after by tech giants such as Google and Facebook.

So where did it all go wrong? As The Verge tells us, Everpix spent all of the initial $1.8 million it raised with investors, into improving the product instead of marketing, which meant that while other photo startups had millions of users, Everpix barely had 19,000 and it was going broke. 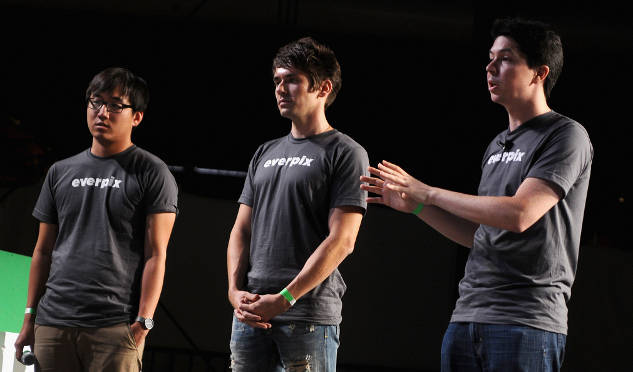 Luckily, Everpix caught a break and was able to raise $550,000, which it used to hire marketing specialist Julie Sapan and improve its marketing campaign. Sadly, this was the last bit of luck Everpix enjoyed, as it failed to raise another $5 million from investors in a series A round that would keep the company alive.

The reason for the investors losing interest was the fact that they no longer saw the potential of Everpix growing into a billion dollar business. The same could be said for the tech giants which were originally interested in acquiring Everpix: they rejected it as it sought out to be acquired, since Everpix had already lost investors’ faith. Everpix was running out of money and the bills were piling up. Eventually the hard decision was made to start shutting down and on 15th December 2013, the coffin received it’s final nail.

Vitoto was an app on iOS that helped create collaborative videos and share them with everyone. It launched in July 2012 and died before it was even a year old. So what went wrong with Vitoto? It’s founder Vinay Patankar explains a few reasons as to why in his post mortem. 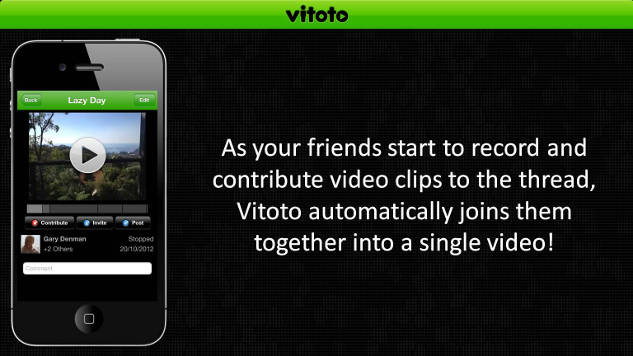 First off, Vitoto didn’t solve a real problem we faced nor did it bring anything to make our lives easier and to ensure they’ll be considered seriously startups should to focus on either fixing a problem we face or make our lives easier by doing something we already do in a better fashion. Secondly, the company didn’t have a proper founding team that could help generate a viral loop or proper traction; this meant a series of bad decisions down the road which naturally lead to the demise of the company.

Thirdly, there was a lack of focus on UX (User Experience) which had a major impact on how customers received the product and whether they wanted to keep using it. Furthermore, due to poor resource allocation, any feedback received from users that could have been used to improve the UX just couldn’t be implemented, since there wasn’t any money for it. Finally the product area was outside that of the founding team’s expertise. No wonder Vitoto ended up in the trash.

Lessons learned: Select proper people that compliment your strengths, cover your weaknesses and also brings the required valuable expertise to the table when building your founding team. Identify a proper problem and solve it or do something already being done in a much better way. Focus on UX to ensure your customers love your product. Allocate your resources intelligently.

Like we said, folks, failed startups can teach us a lot more than successful ones – and there’s plenty more where those came from. Some of these lessons are pretty basic, but there’s another lesson right there: to survive you need to follow the basics: to be successful you’ll need to be unconventional. Furthermore, most of these entrepreneurs have embraced their failures due to the lessons they learned. This is another thing we in Sri Lanka can take from these global startups: embracing failure and learn from it instead of being ashamed and hiding it.

Are there any other startups you think we should have added? Feel free to contact us with more.