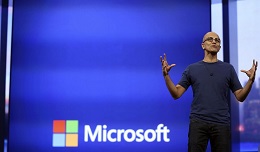 Well well well. This is awkward. Remember how Microsoft spend billions of dollars (7.2 billion to be exact) into buying Nokia? Well this just in folks. The software giant just admitted that the whole fiasco was an utter failure. That’s right Microsoft made a huge booboo.

But wait, there’s more. Microsoft also confirmed on Wednesday that approximately 7,800 employees worldwide will be laid off over the coming several months, of which the majority are in, you guessed it its phone division.

This also means that Microsoft effectively writes off approximately $7.6 billion for its initial acquisition of Nokia’s devices and services business, thereby confirming that the deal was indeed a flop. In the end Microsoft spent $9.5 billion on Nokia.

At the back of it all lies Microsoft’s previous CEO Steve Ballmer who seemingly devised a strategy to help the company stand their ground Windows based smartphones in a market of smartphones dominated by the likes of Apple, Google and Samsung.

In a statement by current CEO of Microsoft Satya Nadella, he explains that he is commited to the company’s first-party devices including smartphones and that the people at Microsoft need to focus and that they need to shift from a standalone phone business model back to a Windows ecosystem.

Basically Microsoft would continue delivering high end smartphones, but they would be only for Windows fans, even if they are dwindling. It also admits that Microsoft just cannot justify the cost of employing thousands of employees when they can’t even breach a third of the market, even though they expected to double or even triple their market share when they bought Nokia.

The company will still continue to invest in smaller tech companies and startups such as Sunrise and Acompli in order to reach out to users not on Windows Phone.

Well I for one did not see that coming, although now that it’s admitted and the facts are stated, it makes sense on as to why Microsoft did what they did. The 7,800 employees though are in a tad bit of hot water now.

Do you agree? Disagree? Comments or thoughts? We would love to hear from you.