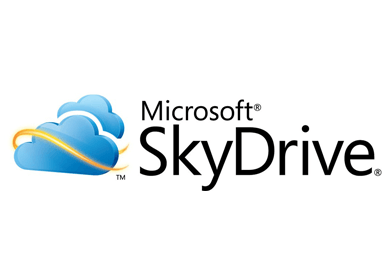 In February, we told you about our goals for connecting your apps, files, PCs, and devices to the cloud with SkyDrive and Windows 8. Since then, we have provided the App Preview of a Windows 8 app to access SkyDrive, and we’ve updated the SkyDrive web experience. Today, we are delivering new capabilities for SkyDrive across the Windows platform.

Over the last year we’ve been hard at work building SkyDrive alongside Windows 8, setting out a unique approach to designing personal cloud storage for billions of people by bringing together the best aspects of file, app, and device clouds. Meanwhile, we’ve made our file cloud more accessible with HTML5 and mobile apps, improved integration with Office and 3rd party apps, and built a device cloud for Windows and Windows Phone. Today, we’re excited to take another big step towards our vision by making SkyDrive far more powerful. There are new storage options, apps that connect your devices to SkyDrive, and a more powerful device cloud that lets you “fetch” any file from a Windows PC.  Taken together with access from popular mobile phones and a browser, you can now take your SkyDrive with you anywhere, connect it to any app that works with files and folders, and get all the storage you need—making SkyDrive the most powerful personal cloud storage service available. Here’s what’s available for use, starting now:

You can download the new SkyDrive apps now, but you might want to take a look at this video first, which gives you a glimpse of all the things you can do with the new SkyDrive.

In February, we announced a SkyDrive Metro style app for Windows 8, SkyDrive for the Windows desktop, and a feature called “fetch” that allows you to remotely access files or stream videos from a connected PC. When you combine all of these features, you can seamlessly access any file on your Windows 8 PC from anywhere. The SkyDrive Metro style app was first made available with theWindows 8 Consumer Preview, and today we’re releasing a preview of SkyDrive for the Windows desktop including ”fetch” support. But first, here’s a little background. Over the years, we’ve consistently heard from our most loyal customers that having SkyDrive accessible from Windows Explorer is important, and we’re happy to announce that, as of today, when you download the preview of SkyDrive for the Windows desktop, you’ll be able to access your SkyDrive from Windows Explorer on Windows 8, Windows 7, and Windows Vista. The benefits of SkyDrive integration with Windows are clear: you can now drag-and-drop to and from SkyDrive with files up to 2GB, access all of your files offline, and have the full power of Windows Explorer available to manage your SkyDrive files and folders. Files stored in your SkyDrive are in a plain folder on your PC, which means any app that works with local folders and files can now work with SkyDrive. As we set upon the path to bring SkyDrive closer to Windows, we had a few goals that drove our plan. First, we wanted you to be able to “get up and running” as quickly as possible, with very few steps. Secondly, we wanted to “be quiet” on the system and make sure that all processing was entirely in the background, with your needs and your apps as the first priority. And third, we really wanted it all to “just work” as you’d expect it to, staying up-to-date automatically, and humming along without confusing dialogs or pop-ups. Here’s a bit more about where we’re at for each of those. Downloading the preview of SkyDrive for Windows takes just a few seconds on most connections (the installer is under 5MB) and installs on most PCs in less than 10 seconds. There are just three simple setup screens and you’re finished.

Once it’s running, it’s out of the way in the system tray. A folder is created automatically for you in a default location or one you choose during setup, and your SkyDrive files immediately start to appear.

Once your SkyDrive is available on your PC, this special folder stays in sync with your SkyDrive. If you rename a file on your phone, it appears immediately in this folder on your PC. If you delete a file from SkyDrive.com, it is deleted immediately here as well. Or if you create a folder and move files from another PC, Mac, or iPad, those changes immediately sync, too.

Power users can have fun with the SkyDrive folder too

In Windows Live Mesh, which some of you have come to rely on, we allowed arbitrary folders to be synchronized.  Our experience has been that this introduced too many unresolvable complexities across different PCs, with the path on one PC synchronizing to entirely different paths on other PCs and the cloud.  In order to maintain our goal of “it just works,” we designed SkyDrive to be the same everywhere, and to work well with libraries in Windows. If you’d like your SkyDrive folders to feel less like separate folders, you can add your SkyDrive Documents and Pictures folders to your Documents and Pictures Libraries in Windows 8 and Windows 7. Alternatively, you could change the target location for special folders like Documents or Pictures (or others) to folders in your SkyDrive, basically treating your SkyDrive as your primary drive (right-click the Documents folder, click Properties, and then Location). You can also customize the default root of the synchronized folder (to use a different drive, for example), and this option is available during setup of the SkyDrive app. So, as you can see, the simple and straightforward model of having a single folder for your SkyDrive still leaves lots of creative options for personalization.

As we discussed and demonstrated back in February, with SkyDrive running on a Windows PC, you can also turn that PC into your own private cloud to browse your files and stream videos from anywhere through SkyDrive.com. This feature is great if you forgot something on your home PC and need to fetch it or just copy it quickly to SkyDrive.

Note that, in order to access a remote PC you will have to provide a second factor of authentication beyond your account password. You’ll need to enter a code that we send to your mobile phone or alternate email address even if you’re already signed in to your SkyDrive account (if you’re already on a trusted PC, you won’t have to do this every time, and it is easy to do this one-time setup). This means that anyone wanting access to your remote PC would have to have access not only to your account, but also to either an alternate email or your phone (which they would need to physically possess).

One of the challenges in building personal cloud storage for billions of people is scaling capacity and managing costs, while also meeting the needs of both enthusiasts and mainstream users. Different cloud providers take different approaches. Many promise unlimited storage or big referral incentives to attract enthusiasts – but then have lots of strings attached, which can make the service more confusing and less accessible to mainstream users. Do I really have to read multiple pages to understand my storage limits? Why do other people’s files count against my storage limit? Why does my upload speed slow down? Why do I get gobs of free storage but have to pay to sync my desktop files? Our model for SkyDrive is friendly and accessible to all, and just as importantly, provides a gimmick-free service that strikes the right balance of being free for the vast majority of customers, and low-priced for those who want more. Starting today, we are now offering:

We know that many of you signed up for a service that offered 25GB, and some are already using more than 7GB of storage. So, starting today, for a limited time, any registered SkyDrive user *who has uploaded files to SkyDrive* as of April 22nd can opt in to keep 25GB of free storage while still getting all of the benefits of the new service. (For users who are already using more than 4GB as of April 1, we’ve automatically opted you in to 25GB of free storage to avoid any issues.) Just sign in here or view our FAQ.

SkyDrive for Windows Phone and other devices

SkyDrive has been available since 2007 from anywhere in the world through SkyDrive.com, but it wasn’t until the initial release of Windows Phone and our dedicated Windows Phone and iPhone apps in December 2011 that people had top-notch SkyDrive experiences from modern smartphones. These apps have been installed on over 2 million phones already by people taking SkyDrive with them wherever they go. As a Windows Phone or iPhone user, with today’s release, you can now delete, rename, and move files in your SkyDrive, and access a full set of sharing options for all files and folders. We’re also bringing SkyDrive to the iPad, with all the same capabilities you now have available through the iPhone, plus support for the new iPad retina display.

All of these apps also have dozens of small improvements, including the ability to see your remaining storage space, landscape support, and various performance enhancements and bug fixes. Almost 70% of Mac users also regularly use a Windows PC. Since we want every customer to be able to rely on SkyDrive to access files anywhere, it’s important for SkyDrive be wherever they are. Office for Mac 2011 already supports SkyDrive files, but starting today, you’ll also be able to manage your entire SkyDrive offline using Finder on the Mac. The integration with Finder means that any Mac app that opens from or saves to the file system will be able to take advantage of SkyDrive files as well.

Here’s where you go to try SkyDrive today:

If you currently use Mesh, we have a few tips for trying SkyDrive for Windows or Mac (preview) side-by-side with Mesh. We think you’ll find SkyDrive to be increasingly useful over time. Thanks for supporting SkyDrive and we look forward to your feedback! Mike (SkyDrive apps) and Omar (SkyDrive.com) Note: Apps and the ability to purchase extra storage are rolling out now, and may take up to a few days to be available in all markets.