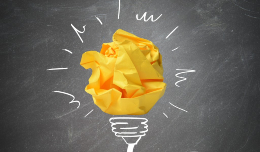 This June through July the Massachusetts Institute of Technology’s Global Startup Labs (MIT GSL) will complete phase three of a seven month program which aims to foster entrepreneurship within Sri Lanka by supporting local entrepreneurs in developing their startup ideas. Since its first run in 2000, MIT GSL has brought teams from MIT to 14 countries to facilitate programs which have culminated in the launch of IT startups around the world.

This is the fourth year the program is being held in Sri Lanka, however, this year marks an exciting shift as both the scope and the reach of the program are broadened. While in the past the program has been run as a seven week summer program with students from the University of Moratuwa; this year, with funding from Brandix and support from SLASSCOM, MIT GSL is running an extended seven month program open to both professionals and students from all universities.

In the first week, participants focused on continuing to refine their ideas. By the second week, participants were already in the deep end, pitching their ideas to each other and guest speakers. Notable guests included Yasas Hewage, founder of SkillSalad, who gave an electric talk titled “Think BIG, Start Small, Scale Fast”, Hasitha Liyanage, Chief Architect at Infoshare Ltd, who gave practical technical advice to each team, and Hiran Embuldeniya, Director at York Street Partners, who gave teams valuable and actionable feedback on validating their proposed business models. MIT GSL also hosted talks from Dhanika Perera, founder and CEO of Bhasha and Ruwan Dissanayaka, co­founder and CEO of Extrogene, both successful alumni of the program.

This year’s program will come to an exciting end with Demo Day on July 30th, during which teams will showcase months of hard work when they pitch their startup ideas to sponsors, invited guests, and perhaps most importantly potential investors ready to cut a check for the next big idea.