Gaming is bad for you.

At least, that’s what most parents would have you believe. Despite the rise of competitive gaming in Sri Lanka and the existence of massive million-dollar prize pools elsewhere, gaming is still viewed with suspicion – at best, as a waste of time; at worst, as a largely underground mix of half-hidden LAN cafes where gamers sit for hours at a time, their faces lit by the strange glow of monitors, raging or cheering to strange battles on even stranger battlefields.

Above all, it’s an exclusively male hobby.

Gaming has always been fairly male-dominated, but Sri Lanka takes it to extremes. It’s not taboo. It’s not forbidden. It simply doesn’t happen. It’s almost as if parents have perfected the art of drilling complete disinterest into their daughters …

But there are always people who go against the grain. Meet Sevwandi ‘Cindy’ Liyanage. 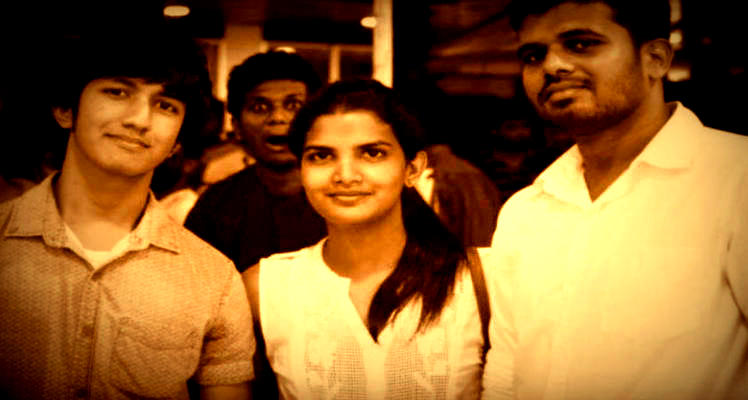 This pretty, outgoing and rather outspoken girl, an IOS developer by profession, is a regular fixture at national events like the Sri Lankan Cyber Games, often decked out in black and green – the colors of Tech Morph, the gaming collective to which she belongs. Her specialty? An AK-47.

She and the rest of her five-man team regularly participate in tournaments, both public and private. Not only is Cindy outspoken about being one gamer girl in a crowd of none: she’s proud of it.

Sevwandi started from a family in Ratnapura; one house, two doctors, three daughters – Sevwandi being the middle girl. One could say she started her gaming journey somewhere during her higher studies, when she saw a bunch of guys playing a networked session of Call of Duty 4 in the study area. Bullets flew. People got eliminated. She was enchanted. She shortly got one of them to install COD4 (as the game is called) on her laptop. She soon found the game excellent in its own right – not just to play, but as a means of stress relief.

Thus began her journey into what is one of the most played eSports in Sri Lanka. She was soon invited to Tech Morph, a local eSports clan – a collection of teams and individual gamers united under a single banner. Usually, these clans – much like the local eSports scene itself – are exclusive male-dominated. However, Tech Morph welcomed the “girl gamer” and began to forge her into a competitive player. In that sense, she’s no different from any other gamer within the Tech Morph collective.

“My clan always encourages me to play games and our senior players always correct me if I’m doing anything wrong in game – throwing grenades from angles that might hurt our team, camping in open areas, tactics – everything.”

However, not everyone is as accommodating as her clan. Sri Lanka, in Sevwandi’s words, suffers from the misconception that “gaming is only for boys.”  Walking into a LAN tournament still gives her a vividly alienating sensation: guys inevitably look as if they saw a ghost – and then they start looking hopeful. Unfortunately, Sevwandi knows her stuff, and pretty soon said hopeful eyes turn into badly bruised egos as ‘the girl’ placed some well-aimed bullets in their heads. “I hate to see how people getting shocked when they hear a girl is playing a game. If boys can play games, why not girls?”

The attitude often carries over to the “pubs” – public servers which anyone can join and play on. “When people get to know that a girl has joined pub, some try to tease and abuse,” she says.  “My attitude will always be based on how you treat me. It’s an eye for an eye. Fortunately I haven’t faced any unpleasant situations at LANs yet.”

In fact, it’s not sexism that bothers her the most, but dishonest gameplay. COD4 is an old game, and there are plenty of hacks – and even more hackers willing to use them. Occasionally she runs into these people, at which point it gets infuriating. “Imagine having to lose out on a whole round because of some noob who can’t play fair,” she rages.

This being Sri Lanka, the big question is: how does her family look upon all this? Very well, as it turns out, and completely unlike the established norm. Her parents, unlike many others, are perfectly alright with her gaming as long as her work, studies and such are unaffected: in fact, they treat it just as they would treat any other sport.. She’s very grateful for this –  it means she’s able to keep her life running like clockwork – work, home, a couple of pub matches, perhaps even a scrim if a rival team is up for it. In fact, it’s almost time for a match.

“eSports is a fit place for a girl, but it all depends on the girl. It comes down to what you like. I like shopping. I like hanging out with other girls. I also like this,” she says proudly, donning her headset.

A menu pops up. The in-game chat scrolls busily – players joining, taunts from one team to another. Sewvandi clicks, selects a beefy sniper from the list of weapons, clicks again. Cindy has joined the game, says the server.