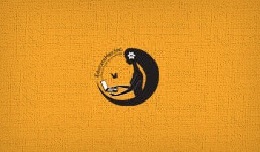 Robin Hood took from the rich and gave to the poor. In a similar, but entirely voluntary twist, tea mogul Zhena Muzyka, along with John Phaneuf and Lindsey McKee, are heading a grass-roots group devoted to bringing laptops and funding for the children of those who work at the Indulgashinna Tea Estate here in Sri Lanka.

Who, what, when, where and why? The genesis of the project lay in a single moment. “Gerard and I were married in the tea estate, and the next day some of the kids said, “Hey, you’re Robin Hood and Lady Miriam,” said Zhena in an interview with the Huffington Post. “When we asked why, they said, “You sell tea to the rich and give the money back to help the poor.” From their perspective, everyone in America is rich. It broke my heart, but from a kid’s point of view it was clean and clear and inspiring.”

Indulgashinna isn’t an average tea estate, either. It was the world’s first Fair Trade certified estate. Its home to a lot of firsts and a lot of international tea brands. A gargantuan 459-hectare estate, it has its own bank, medical facilities – and even better – schools for the children of those who work there. Building on this infrastructure, the Robin Hood project provides the girls among these children with laptops and basic computer training.

Why just girls? Zhena cites the fact that compared to boys, most girls in this situation have very few opportunities. This is (sadly) true: it’s either be a tea plucker…or be a tea-plucker. It’s our hope – and hers – that this program will open up new avenues for these children. Their training includes Office, Photoshop and even a bit of Java further up the ladder: that’s more than enough to make them computer literate and thus competent in many more jobs.

Let’s hear it for Robin Hood.