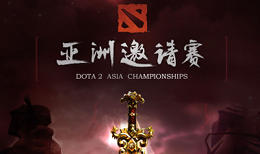 Following the minor afterparty hype left by The International 4, Valve kicked off 2015 with the first DOTA 2 Asia Championship (also known as The Oriental, or DAC), a comparatively small TI with the collaboration of Perfect World and MarsTV. Though it was called an Asian tourney, all the top ranked teams from East to West took part. And call us biased, but we’d say this smaller tournament had more epic matches in it than the now-legendary Ti4.

Despite having a prize pool worth 1/10th of TI4, the quality of matches was definitely priceless. Almost every match had a moment of its own, but here are some things you must know.

The qualifiers and the invitees

We saw 28 teams competing in American, European, and Asian regional qualifiers to get their spot in the main event. Some of those teams were arguably all-time crowd favorites – Natus Vincere, Cloud9, Alliance, Team Tinker, and a surprising return of the old Asian dominators – EHOME. Direct invitations were went to the reigning TI champions – Newbee, Vici Gaming, Evil Geniuses, Team Secret, and another four well performing teams.

The return of EHOME and comeback of Na’Vi

Almost every DOTA player must have been curious to see how the return of the legendary EHOME would be and indeed, stunning it was. The newly formed team won 10, draw 4, and lost 2 matches during the Asian Qualifier stage to reach the top 3 of that group – enough to reach the main Round Robin. Their return streak came to an end with their claiming the 10th place.

Na’Vi, on the other hand, lost their first match in the qualifiers against Power Rangers, went to the lower bracket, made (another) miraculous comeback by defeating Team Tinker, Empire, and Alliance, only to once again lose to PR in the lower bracket final.

But guess what? Na’VI is one of the luckiest teams of DAC – they were able to win the top spot in the Wild card qualifier to reserve a seat in the main Round Robin. Once again we saw one of Na’Vi’s miraculous comebacks:  by defeating 9 out of 15 opposing teams, they once again claimed a spot in the main event. Their miraculous luck came to an end by two defeats in a row in the main Playoffs but making it to the top 8 was indeed a classy (heart-stopping for Na’VI fans) performance.

Team Secret had a lot of attention even before It was formed, thanks to rumors of having interesting *cough* sponsors *cough*. Though they failed badly with their first roster, the new roster made Team Secret the favorites of DAC. 15 matches played, 15 matches won, with every game showing stunning techniques and disastrous comebacks.

Secret was feared by every team until they faced against ‘Fear’ from Evil Geniuses, who ended their road in the lower bracket final; Team Secret walked away as 3rd with $275,177.

East VS West – The Finale

Evil Geniuses, who defeated Team Secret, faced off against Vici Gaming, who made it to the final through the top bracket. The odds were absolutely even in this grand finale between China and USA. A lot of eyes were on Syed ‘Sumail’ Hassan, the 15 year-old mid-laner of EG, as he was the youngest participant of DAC.

Though Vici Gaming defeated EG in the top bracket final to a 2-0 score, things were not so fortunate for Vici in the final, as Fear from EG wiped them using Troll Warlord and Anti-Mage picks in the first and second games. Though it was not as bad as Newbee defeating Vici in TI4 final – they had their stunning moments as well.

The third match started and Sumail, the 15 year-old controlling Storm Spirit, was killed by Vici under the first minute. Right after the death, Sumail was killed again, and again. Déjà vu. Under 4 minutes, Sumail – 4 deaths and 0 kills. He even got the record for most number of deaths in the shortest time.  Just when the Chinese were expecting a fourth game, Sumail, out of nowhere, turned the tables on Vici by getting 6 kills under ten minutes, making another record of getting the highest number of kills in the shortest time.

From then on, the game was his. Bloodstone at 15 minutes, followed by Orchid and Shiva’s Guard on a dashing Storm Spirit who forced Vici Gaming to forfeit in 33 minutes, making Evil Geniuses the DAC champions and the winner of 1.3 million USD!

Throughout DAC we saw Juggernaut (on Mask of Madness and Skull Basher) and Axe having a very high pick rate, followed by the IO and Tiny combo pick. The mid-lane was often seen with a Shadow Fiend or a Sniper. A significant number of Divine Rapiers, were seen in matches as Medusa was often picked. Whenever an Enigma was picked, a Rubick counter-pick was seen as well.

If you were in search of epic DOTA matches, don’t hesitate to randomly download a replay of a match from DAC. You’re going to love it.