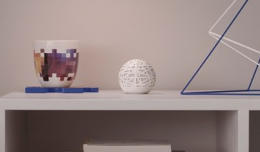 Kickstarter is no stranger to innovative gadgets. The latest to stir up a storm in the electronics segment is the Sense by a new startup called Hello.

Sense essentially tracks our sleeping patterns and co-relates them with our surrounding to determine and show our sleeping pattern. It’s a hugely impressive concept and according to the creators, it is the first device to combine our sleeping information with our sleeping environment. The entire Sense system is made of three parts: the beautiful Sense device that you can place on top of your nightstand, a discrete clip on device that you need to attach to your pillow (called the sleep pill) and a companion app that resides on your smart phone. The Sense device contains various sensors to gain information about our sleeping environment – including temperature, noise, light level, humidity and air particles. The sleep pill can track how well you slept, how much you toss around in your sleep – and most importantly it can detect when you are ready to wake up.

All of this information is presented in a single score – called the Sleep Score – where the best possible sleep scores 100 points.

Obviously, there are privacy concerns due to the Sense’s ability to listen in during our sleep. However, according to the creator, all information is stored within the device and would never leave it. They promise that it only keeps a short buffer of information (not the whole sleep duration) that includes key events such as snoring and sleep talking. Users can select to play them back using the smart phone app. Sense deserves a go at the gadgets market due to its innovative approach to sleep tracking and looks like it would have a sizable following upon its launch according to the Kickstarter statistics. As of writing it has achieved $783707 out of the $100000 goal. You can sleep smart from late this year for an $99 early bird price by pledging on Kickstarter.