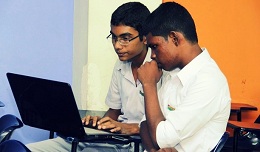 Have u got any killer ideas? Can you make your ideas happen? Know how to code? Know algorithms? If you can answer yes to any of these, then SLIIT CodoFest is right up there! Not only will you be diving into your coding, but there are loads of prizes for it too: a total cash amount exceeding Rs. 300,000 to be distributed among the winning team in all categories and a golden chance to work for the hottest tech companies in Sri Lanka as paid interns.

Once again, for the 2nd consecutive year, the Faculty of Computing of Sri Lanka Institute of Information Technology (SLIIT) teamed up with the Ministry of Education as the official strategic alliance to bring SLIIT CodeFest 2013: a Nationwide Software Competition that showcase a number of ideas, gearing up to its Grand finale on the 25 of October. And as a result, last week it brought die-hard coders from various schools, universities and higher education institutes around the island to its Malabe campus on the 8th and 9th of October 2013 for preliminary rounds. 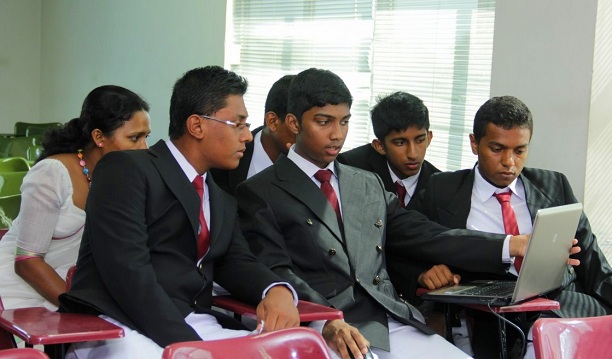 Under the Schools category, more than 52 groups from different parts of the country including Jaffna, Batticaloa, Trinco, Kandy, Kurunegala, Akuressa and Colombo participated. Each team went through two evaluation panels where they were judged based on their programming skills and problem solving abilities. There were four members in each judging panel comprising two representatives from the Ministry of Education, an expert form the local software industry and one from the academia. Participants came up with enthralling ideas and showcased their projects to these gentlemen. They were expected to develop an interactive system to assist students to interact with and to improve subject knowledge on any subject to meet defined learning outcomes. Among 40 groups, best 10 groups were selected to enter the finals. 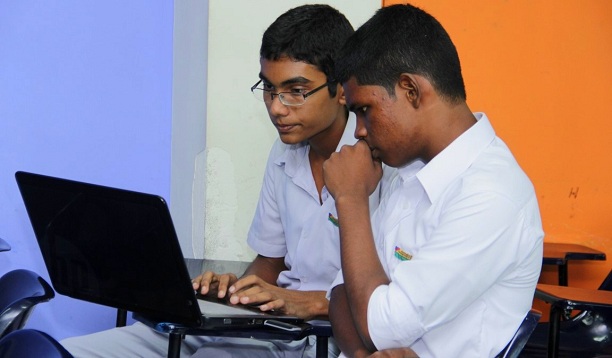 Under the tertiary category, more than 26 teams from different universities including University of Moratuwa, University of Colombo School of Computing (UCSC), Rajarata University, University of Jaffna, SLIIT and other higher educational institutes participated in the preliminary round. Contesting teams were expected to develop a context-aware mobile application which supported the current needs of the Sri Lankan society. Among the 26 groups, 8 groups made their way to the finals.

During the grand finale, 8 teams from each category will be competing with each other to prove their software development expertise. In addition to the valuable cash prizes, four awards will also be given to the teams which produced the most popular and the most creative solutions in each category.

The National School Quiz Competition is open for school students from every corner in Sri Lanka. The contestants will face a quiz on material taught under the current ICT syllabus. Only one team can participate from each school. A team may consist of 3 school students. The quiz will be held on the 25th of October 2013 from 9.30a.m onwards at SLIIT Malabe Campus parallel to the CodeFest final rounds. The selection of the best group will be based on two rounds. The best 15 groups out of all contestants will be selected for the second round. All participants will be awarded with a participation certificate. Groups competing in the final round would be rewarded with merit awards and cash prizes worth Rs. 15, 000, Rs.10, 000 and Rs.5, 000 for 1st, 2nd and 3rd places respectively.

Students interested may take part in the competition by filling the application form available in the CodeFest official web site.

The Mini Hackathon is open for all University students in Sri Lanka. A team may consist of 5 undergraduate students. This tii will be held on 25th of October 2013 from 9.30a.m onwards at SLIIT Malabe Campus parallel to the CodeFest final rounds. The challenge in this competition is to hack together a piece of working software within 6 hours. The groups may choose any technology they wish to use. All participants will be awarded with participation certificates. Winning team will be rewarded with a cash prize worth Rs.20, 000.

Undergraduates interested may take part in the competition by filling the application form available in the CodeFest official web site.