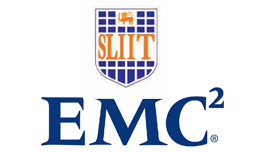 The highly popular Sri Lankan Institute of Information Technology announced today that it joined the EMC Academic Alliance by EMC corporation. This rather nondescript-sounding institution (E=mc^2, anyone?) is an American multination company that deals mostly in data storage and web-based computing systems. A quick Google search will tell you that EMC Corportation has been in operation since 1979, literally working on some of the very first computers to hit the mass market: they competing with the likes of IBM, Hitachi and HP on the storage field. For the record: they own VMware.

SLIIT’s partnership affects things on a more national scale. As a member of the EMC Academic Alliance, SLIIT has access to advanced, specialized courses from EMC – such as Cloud Computing, Backup Recovery Systems and Architecture, Data Science, Big Data Analytics – as well as Information Storage and Management, courses students have hitherto not been able to undertake in Sri Lanka. Apparently EMC isn’t just sharing out their syllabuses – they’re providing teacher training, resources and expertise. If implemented, these courses are a huge leap ahead for Sri Lanka. Take cloud computing, for instance: almost every country in the world is dabbling in it, yet Sri Lanka is still a few steps behind in both knowledge and implementation. Courses like these will hopefully provide the first steps towards producing more specialized, more globally competent Sri Lankan IT professionals.

No specialized programs have been officially begun, but we expect it to be only a matter of time.