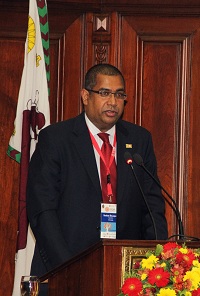 Sri Lanka’s e-Development Agenda (pretty much all the government-managed improvements in the IT sector) drew to a scheduled close in December 2013.

The next step (Version 2.0, in keeping with the geeky outlook) has already been approved by the Cabinet, according to Reshan Dewapura, the CEO of ICTA. The actual conceptualisation has yet to be thoroughly revealed.

The v2.0 plan hinges on the concept of the Smart Sri Lanka programme: however, a separate firm called Smart Sri Lanka has been launched and the press releases claim that the entire public sector will be networked under the abovementioned programme.

A gargantuan task from any angle, it is currently unspecified to what extent this networking goes – whether, for example, it’ll work on strengthening inter-agency communication or (more ambitious) create and deploy a platform for bringing all government agencies onto one single active digital network. No doubt time will reveal more.