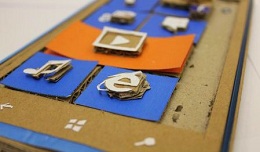 Sri Lankan developers over the last several years have managed to be in the news for various accomplishments. Excelling at Google Summer of Code events, developing award winning android applications, performing well at Microsoft Imagine Cup events and the list goes on. Joining this list of achievements will be two young developers who have excelled in the recently concluded “Nokia Create” app competition.

The Nokia Create competition is a worldwide competition conducted by Nokia to select the best Windows Phone apps for which platform the Nokia Lumia devices are considered flagship. The official website of the competition says that developers from 76 countries around the world participated in the competition in various categories called the “Do Good Missions”. The winners of the competition were announced on the 14th of January 2014 and Sri Lankan developers Tharaka Wijeybandara and Heshan Pathirana were judged winners in their respective categories. ReadMe talked to the duo after the announcement regarding the competition and the apps they developed.

Developed by Heshan, a graduate from APIIT, is a one of a kind application. The Nokia Developer Blog describes the app as: “…pack lots of functionality in this music player powered by Nokia MixRadio API. We like the way developer Heshan Pathirana from Sri Lanka keeps the initial view of the app simple for consumers and allows them to discover new features as they progress”. Extreme Music was judged the winner of the Music Master Mission (Category) in the Competition. 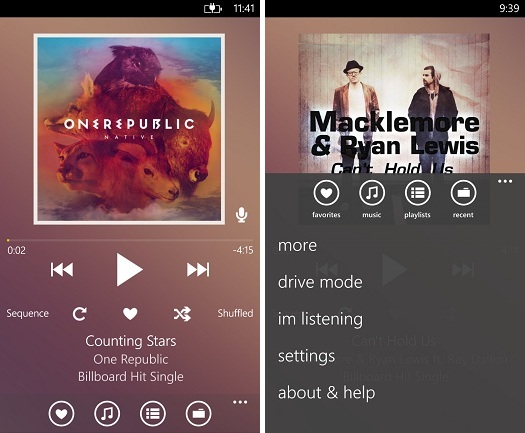 Speaking further, Heshan says that the app is deeply integrated with the Nokia Mix Radio API which enables unlimited online music streaming, music purchasing, artist details etc. in the app. Most of the functionality of the app was developed by him by using API’s for services. Another unique feature in the app is the ability to control all the functionality of the app using voice commands. This he says is designed specifically for visually impaired users which complements another feature in the app called the ‘Blind Aid’ which enables the music player to be controlled through gestures.

The other app that won at the Nokia Create competition was Cover Cam developed by Tharaka, an undergraduate of the University of Moratuwa is yet another unique app.[pullquote_right]“I never expected to win but was hoping to be a runner-up at least.”[/pullquote_right] You probably wouldn’t have seen an app that is so simple and yet has a feature that no other app we’ve ever seen has. The app simply takes a picture and crops it accordingly so that your Facebook Cover Photo and Profile Picture looks like one big single picture. His application was placed 1st in the category of Image & Photo Master Mission. 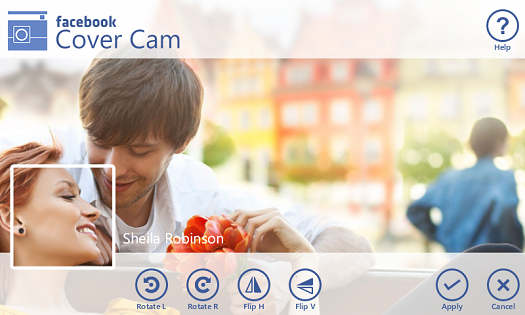 First released in September 2013, Tharaka says the initial version of the app took only 4 days to develop although the first update to the app took nearly 2 weeks to complete. The app currently has nearly 80000 downloads in the Windows Phone Store and is available as a free version (which puts a watermark on the image) and a paid version (which costs $0.99). Tharaka says that he has used a few 3rd party libraries and the Facebook API to develop the application.

“I never expected to win but was hoping to be a runner-up at least” says Tharaka who is excited about the news of winning the category and asked all Windows Phone users to try his app out.

Nokia has announced that all 10 winners (9 categories and 1 overall) of the Nokia Create app competition will be given an all-expense paid trip to Barcelona to attend the Mobile World Congress which is to be held next month AND an all expense paid trip to the 29th Annual International Technology and Persons with Disabilities Conference which is to be held in California in March 2014. Oh, and the winners received a Nokia Lumia device of their choice in addition to many other rewards.

You can try and buy the Cover Cam app here and the Extreme Music app here.

P.S. – Our Lumia fan boy Dhivaagar is already at work reviewing the two apps and you can expect the reviews to be up soon!