Susan Wojcicki (which incidentally is pronounced Woh-jit-ski – we hear it helps if you accompany each syllable with a martial arts move) should technically be a household name – well, as household as a techie name can get, anyway. After all, the work she does affects millions of people in practically every country in the world. 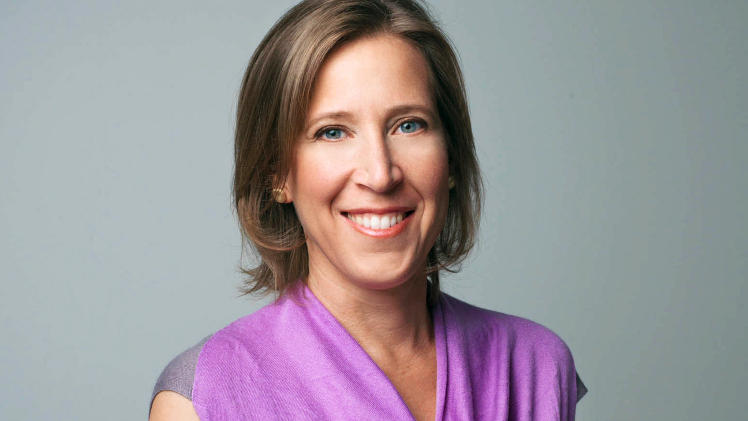 Who is she? She’s an American, a mother of four, a businesswoman – and the CEO of Youtube.

Wojcicki has a lot to her name, including being Google’s first marketing person. She was responsible for kicking off Google’s advertising arm – back when online advertising was a new-fangled thing and Google only aimed at getting one-third of their revenue that way. Fast forward a decade and it’s what earns 90% of Googles fifty billion dollar revenue.

In every sense, she is a curious hybrid of both of the typical “tech success” story and its polar opposite. For one, she wasn’t a 4-year-old coder with a startup idea. She didn’t study tech. Instead, she took history, literature and economics. She didn’t start off with venture capital. But she did grow up in Stanford, a source of tech leaders of great repute, and her degree is from Harvard. And, somewhere in the depths of history, she rented out her garage to the founders of Google. Today, she’s the most important Googler you’ve never heard of.

In a recent interview for Makers.com, she recalled how crazy it seemed when she started off that Page and Brin wanted her to create a global brand and target everyone on an almost non-existent budget. And yet, she seems to have pulled it off, overseeing the creation of Google AdWords, AdSense, DoubleClick, and Google Analytics – practically holy words in today’s web-based advertising industry -and earning her title, as the Senior VP of Advertising and Commerce. Now she’s doing the same for YouTube, a platform that was bought over after Google’s rather experimental Google Video project. She’s also on the board of Salesforce.com. So for the big question: how does Susan Wojcicki manage everything?

YouTube is a complex system, and while similar to the advertising business that she kickstarted, it relies a great deal on partners – and on content. Wojcicki, by all accounts, uses that experience to herd all those contrary stakeholders of YouTube the way she needs them to go, pairing it with a practically mom-next-door vibe that has people doing what she needs done. She doesn’t really insist on knowing everything, though, saying that as a leader, “your job is to hire the experts, and give them the resources to get things done”.  And in her interviews, she sounds so level-headed that while she’s talking, that all the drama about ‘women in tech’, ‘leaning in’ and ‘work-life balance’ sort of recedes into the ether. According to Wojcicki, she’s been taking it as it comes, ever since she first joined Google while being four months pregnant with her first child.

While it seems sheer luck that she rented out her garage to Larry Page and Sergei Brin, it’s testimony to her sharp eye for potential that when she noticed how essential the search engine had become to getting her work done, she hopped over from Intel. She’d shown similar insight when she decided to switch to tech after majoring in history and literature.

Fair’s fair, though, and she plays by the rules as well, doing her best to get home by six to be with her kids. You’ve probably heard by now about how Steve Jobs was a ‘low-tech parent’. Well, it turns out Susan Wojcicki has a ‘power-down’ time at home too, with no electronics allowed between 6 and 9, to allow her to make a proper connection with her kids.

She did admit that she finds that more difficult to enforce now that her kids do their homework on computers. There’s also the fact that if she tells them to get off the TV, they head for the computer, and when she shoos them off that, they still have their phones. Sound familiar, anyone?

Obviously the screaming and suffering armies of overworked employees would then demand to know which demon she sold her soul to, to make it possible to handle both a multi-billion-dollar company and a horde of kids.

She admits that there are trade-offs – and she may not go on some trips or attend some meetings, but says that those things have always been stuff on the fringe and she’s never had to sacrifice any really important moments. She even goes as far as to say that being a mom makes her better at her job and vice versa. Cue the YouTube-watching kids. It seems she brings this experience to being ‘the First Mom’ at Google – an odd fusion of home at work that shows up in startling moments. Like the fact that she picked the first place to move office to because of its kitchen.

While crawling the Internet, I came across a commencement speech at Johns Hopkins University that Susan gave in May, 2014. In it she reminded the graduates that you can’t plan everything. She didn’t, and it worked out for her. The world is changing so fast, she pointed out, that there is amazing potential everywhere, and that some of the ways in which they could possibly make a difference haven’t even been invented yet.

“It’s really important to care,” she tells people, and to have a big, ambitious goal – “when you have this vision and belief that you can do something and it can actually change the world, it’s magical.” What really is magical about Susan Wojcicki is that she’s living proof that you can have your cake and eat it – and nothing, not gender, age, education, or family can stop you.