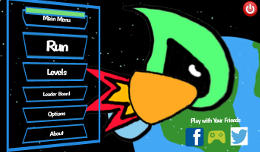 The world is coming to an end; everyone has already left the planet. Its up to Monoby to gather enough Life Energy to create a serum which will turn a bare planet into another beautiful earth.

Meet “Last Runner”. A 2D game, made in Sri Lanka, that takes the player on an endless run through different lands on Earth. One of the reasons that this drew our attention was that the game is given a solid 4.8 rating on the Google Play store. It’s made by one Amalan Dhananjayan.

The first thing you notice when you launch the game is that it’s powered by the Unity engine. A cutscene shows a volcano erupting. The world as we know it is ending. The two characters, the Professor and Monoby (the protagonist) are in a discussion about gathering life energy from around the world. That’s where the game starts. 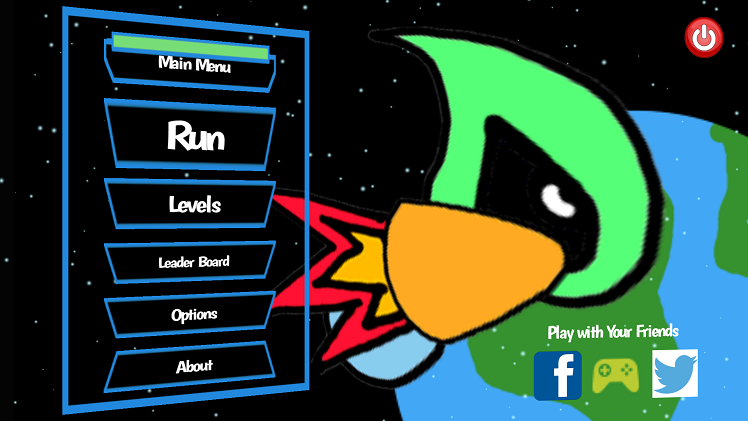 Although this may seem easy, the double jumping is a bit tricky. Scattered on the various lengths of land are the mentioned energy globules that can be collected. So the longer you run and the more energy globules you collect, the higher your score. The tricky part is when you have to fine tune your jumping and double jumping skills to collect the energy and keep yourself from falling through a crevice at the same time.The scenery changes constantly, oscillating from normal land to ice covered wintry expanses and even a few bits and pieces reminiscent of Japan. 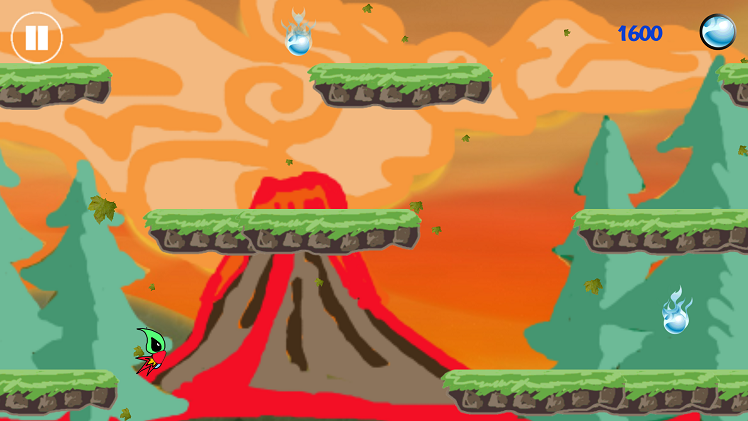 There’s also two game modes: ‘Levels’ is basically you unlocking new levels by playing across as many levels as you can and ‘Play’ unlocks places based on the amount of life energy you collect. We spoke to the developer and found out that the levels are procedurally generated, which is an interesting twist.

The game is rather addictive. Even while I wrote this article, I found myself temporarily taking a break to indulge myself in it – that’s The hand drawn scenery is crude compared to modern standards, but purely from a Sri Lankan development perspective, it’s leagues ahead of most of the crap being put out. 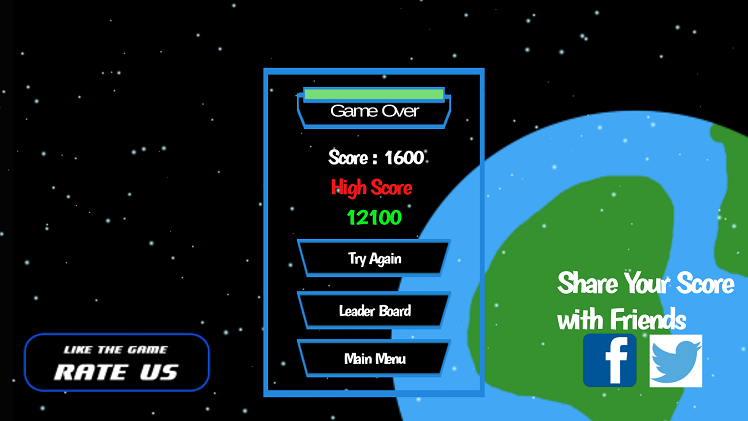 The game also integrates with Google Play Services so you can log with your Google account and compete with your friends and earn achievements through the game.

One issue that I found was that the game would not exit properly. Once the exit button is pressed, a black screen appears and I have to force close the app by pressing the home button on my Nexus 5 and then stopping the app via the Recents menu. Needless to say, despite the simple concept of the game, it’s ideal if you find yourself waiting for a train or bus. It may not have tens of thousands of downloads, but if you’re a platform fan, it’s a bit of simple fun. The biggest problem is the art style, which automatically places this into that category of apps that you download simply at a friend’s insistence.

The SLBC Has Its own Radio App. Here are our thoughts on it.