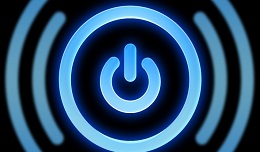 The Tulsa Twister Tower: Putting a spin on things

Kinslow, Keith & Todd (KKT), an architecture firm based in Tulsa, Oklahoma, has proposed a new building for downtown Tulsa, in response to a call for ideas to improve the city. While that seems completely normal, it is the shape of the building that is interesting. It’s shaped like a tornado.

The project is quite a bold one as Tulsa county which is right in the middle of the Oklahoma stretch of Tornado Alley, has been the site of more than 75 twisters since 1904.

The Tulsa Tornado Tower officially known as the Oklahoma Weather Museum and Research Centre, will be complete with classrooms, convention spaces, a weather museum, a severe storm laboratory, multiple observation decks and a roof terrace.

The immediate concern is of course that in the event of a tornado, the target building would be this very same one. Ironic isn’t it? However, the KKT designers insist the tower would comply with the same safety codes as other downtown buildings.

The building will have a height of between 250 to 300 feet, fronted with glass and perforated metal panels. The twisting form is designed to resemble a tornado spinning across the prairie, with an actual revolving restaurant on top to complete the picture.

Researchers used microwaves to deliver 1.8 kilowatts of power through the air with pinpoint accuracy to a receiver 55 meters away.

Whilst not being a remarkable distance, the technology however, could signal the way for mankind to eventually access a huge amount of solar energy available in space and use it here on Earth.

JAXA has been working on devising Space Solar Power Systems for years. Solar power generation in space has many advantages over its counter parts, namely the permanent availability of energy, regardless of weather or time of day.

Japanese research offers the possibility that humans will one day be able to farm an inexhaustible source of energy in space much like the ISS (International Space Station) does.

The idea would be for microwave-transmitting solar satellites to be set up about 36,000 kilometers (22,300 miles) from the earth.

A new study by Sungkyunkwan University in South Korea has shown that a revolutionary foldable patch of fabric, wrapped around a person’s wrist, can gather enough energy from arm movement to power small electronic devices.

The new fabric relies on the triboelectric effect, which occurs when certain materials become electrically charged after coming into contact with a different material. Electrons are transferred from one material to the other, so one material will build up a positive charge, while the other gets a negative charge.

The scientists at the University created a double-layer fabric out of silver-coated woven textile. One layer was made with a plain silver-coated textile whilst the other layer included 100-nm-wide zinc oxide nanorods on the woven textile fibers and coated the rods with polydimethylsiloxane. The team stacked four triboelectric generators to increase the power output.

As a demonstration, researchers attached the generator on a jacket sleeve and embedded six LEDS, a small liquid-crystal display and a keyless car remote control in the jacket. When the wearer moved his arms or wrist, the fabric turned each gadget on one at a time.

Microsoft Cortana will be released to Android and iOS as well

Microsoft is apparently working on a new version of Cortana for Android and iOS. Currently available on Windows Phone and Windows 10 desktop platform, they hope to launch it to the other platforms later this year

Bringing Cortana to Android and iOS, initially exclusively available on Windows Phone, shows that the company is showing interest in bringing its products and services to platforms that are not their own. Microsoft also hopes that by bringing Cortana to other platforms, it will be able to make it the first intelligent “agent” which anticipates users needs.

Along with the features expected from Cortana, it will also be able to remind users about flights and find the best time for them to leave for the airport.