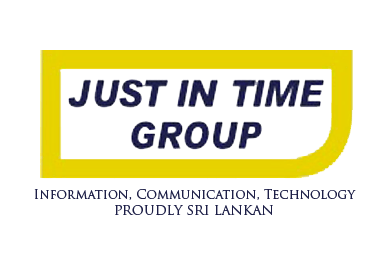 Just In Time Group, a fully owned Sri Lankan company and one of the largest systems integrators if not the largest in Sri Lankahas joined hands once again with ICTA as its Technology Partner for the FutureGov SAARC Summit. The Summit will be held in Colomboon 18th & 19th July. By holding thisSummit inSri Lanka, it gives the due recognition toSri Lanka as to how far aheadSri Lanka is in terms of e-Governance. FutureGov SAARC Summit 2012 takes a comprehensive look at the issues at the heart of information management for the Sri Lankan public sector. This event would include not only CIO’s ofSri Lanka but of the region as well.

As a company engaged predominantly in the Government Sector and associating itself with large integration projects with an unblemished track record in all projects, Just In Time Group works also with the world’s Top Ten ICT vendors bringing cutting edge technology to the Government, Telecommunications and Finance sectors specifically.

Not only the integration undertaken, they also go on to do Level 1 & Level2 support for projects which hardly any other company does inSri Lanka. This in turn creates an indepth technology transfer and resource build up which is world class. Furthermore JIT Group has in their portfolio their own IPs and success stories unmatched by any other. Although a company little heard or seen but which believes in delivering objectives, it is more than visible in its support of ICTA and the Government in its initiatives.

You may have seen in the recent past in news items, their many successes in Central switching, core banking, IFRS, Security and Network convergence to name a few.

‘We are very proud to be a contributing force and to be associated with ICTA to implement his Excellency the president’s vision forSri Lankaand we have no doubt that this event will be a resounding success’ says the dynamic Kavinda Mahawedage – Head of Marketing for the Group. ‘

In the recent past, they have gone into technologies which will benefit all cross sectors of business especially the public sector, GIS, converged infrastructure and mobility solutions.

Expressing his appreciation, a jubilant Reshan Dewapura – CEO ICTA stated that ‘it is a great achievement toSri Lankato host the first ever SAARC futuregov summit inSri Lankashowing the world the dominance of technology implementation and usage in the country.  I’m very appreciative of JIT’s value addition as the technology partner who has always been in the forefront of Technology inSri Lankaand also supported many aSri Lankacauses’

Mr Dewapura and Mr Mahawedage both acknowledged the role played by Alphabet Media in recognizing Sri Lanka at the forefront of its roadmap.

This Summit will provide the unique opportunity and ideal platform for public sector buyers and private sector solution providers to learn from one another bringing together some of the best  practitioners in public service and industry experts in the world. The summit will focus on key areas of ICT adoption in governance including digital inclusion, mobile government, large scale data management, information security, and cloud computing. Backed by in-depth research and conversations with senior regional government employees, the event promises to provide tailored solutions to region specific issues in e-governance.