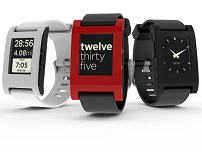 Drones today are famous for delivering bombs and taking stunning aerial photography. However, if you want to know how versatile the applications of drones are, just ask the folks at Infinium Robotics. Recently, Infinium Robotics built a series of indoor UAV drones that were bought by Singaporean restaurant chain Timbre.

Timbre plans to use this fleet of flying drones as waiters, delivering food and drinks to customers. What makes things really interesting is that unlike most drones, these do NOT require any human input. In other words, these drones navigate the restaurant on their own and bring food to your table.

What a time it is to be alive.  Wait a minute! What happens to the human waiters? Thankfully they still have their jobs. They’ll spend more time interacting with customers, taking orders clearing dishes and taking the food off the drone to put it on your table. So we aren’t living in the future-yet.

The current design of these drones by Infinium Robotics can carry 2kg in a single trip and cost roughly $800,000. So while these drones are cool they carry less and cost more than a waiter from pilawoos.

No, Android Wear is not running on tiny rocks. Pebble in case you’re lost, is the smartwatch made by Pebble Technology Corporation. At $99 it pairs with your phone via Bluetooth to display notifications on it’s screen and has a battery that lasts a full week! Yup a Pebble is a great smartwatch. However because Pebble’s run PebbleOS (a proprietary operating system) it doesn’t have the pretty screens Android Wear has.

The recent update to the Pebble app on Android eases the wound a little. The update brings Android Wear compatibility, allowing any Android Wear app to work with it. In other words, Pebble owners can now view and reply to notifications on their devices. Just with physical buttons because Pebble’s don’t come with touchscreens either.

A much needed feature for Pebble and a new device for Android Wear. This is just the first set of features as it was announced that this year the PebbleOS would receive a radical new change. Whether these new updates will help it or Android Wear win the imminent showdown against the Apple Watch is still a fact only time will tell.