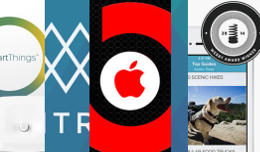 The last month or so has seen a flurry of acquisitions. Yes, including Yahoo’s acquisition of Flurry. We’re no strangers to the Goliaths of the tech world devouring smaller players in an attempt to turn into a the be-all and end-all of things. But even by those standards, the pace of the race seems to be accelerating.

Here’s a roundup of recent developments:

This year is going strong for Google in terms of acquisitions, with more than ten so far. The latest morsel in this feast is JetPac Inc, creators of a social travel app with funky capabilities – like checking for smiles in pictures to see where all the happy people are. Their expertise in deep learning (a step toward artificial intelligence) is in good company, with Google’s previous acquisition of DeepMind. The app is being shut down, however, so what exactly is being done with this new team remains to be seen.

In July, Google picked up Songza, which matches music to what you’re doing, to make sweet music with Google Play Music. The deal was rumoured to be a steal, coming to much much less than Beats cost Apple.

DrawElements was another company consumed by the feeding frenzy in July. The Helsinki-based graphics company is being put to work on Android, to streamline its compatibility across devices.

Another one falling into Google’s voracious clutches toward the end of July was Twitch, the videogame broadcaster that was picked up for a cool $1 billion and will round out YouTube’s offerings.

Apple’s swelling up too

Compared to the high profile Beats deal, Apple’s takeovers of Swell and BookLamp were done fairly quietly. Swell, which compiled podcasts and shows into personalised streams, could be used to shore up Apple’s podcasts app which is not terribly popular right now. BookLamp is a book analytics and recommendations startup which used to provide services to Apple, Amazon and other publishers. Apple was considering ‘going steady’ with them, but finally got down to it, went all in and proposed.

Yahoo mobilises a takeover of Flurry

We’ve known for a while now that mobile is the future, at least when we could tear ourselves away from our mobile devices long enough to think about it. Flurry, an analytics firm that was running itself into the ground, gives Yahoo a firm footing with all of that consumer app data (yes, Big Brother – or is it Big Sister with Marisa Mayer heading it? – is watching) and potential for monetisation, joining Facebook and Google in the mobile app analytics marketplace. They’ve spent upward of $200 million for it, so they’d better make good use of it.

Twitter gets social with Mitro Labs, MadBits and SnappyTV

After all, what’s more social than sharing? Mitro is (or was) a startup focusing on password management, allowing multiple users to share accounts. Twitter acquired it and then decided to make it open to everyone. The team have been absorbed into a project helping Twitter to fine-tune its geolocation abililties, possibly making it easier for advertisers to target local consumers and raising speculation that Twitter was really after the talent. 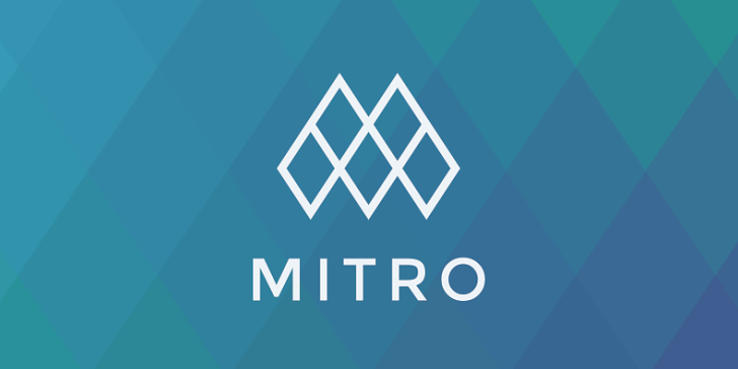 Twitter’s also got SnappyTV, which allows sharing of clipped and edited bits of live broadcasts, this June. Also being gathered into the Twitterfold in July (probably to round out its image offerings) was MadBits that specialised in ‘visual intelligence technology’, understanding, extracting and organising the content in media.

Samsung is bringing SmartThings into your home

So remember when we dreamt of a fully automated house although it seemed wayyyy into the future? With its $200 million purchase of home automation firm SmartThings, Samsung has just taken another step in that direction. Google, having picked up Nest, and Apple, launching HomeKit, are both firmly in the running in this race to rule the internet of things. 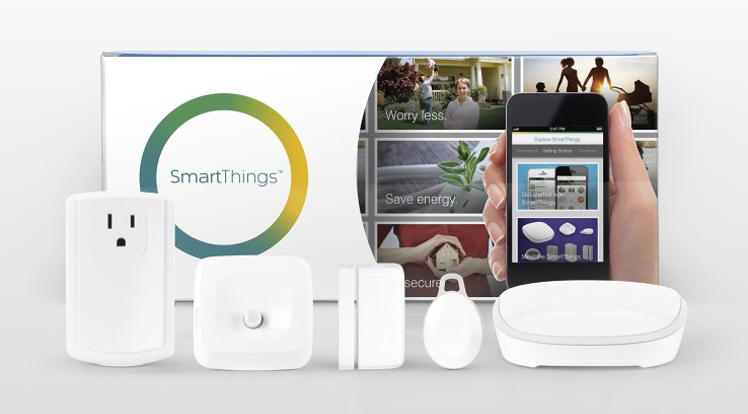 In a connected world, as each player picks up more pieces from all over the world, dominance may come from a tiny advantage; it remains to be seen which of the latest acquisitions will provide that edge.

Edit: this article stated that Google was acquiring Twitch. It has now being confirmed that Twitch is being bought by Amazon instead of Google.