As of a year ago, the Sri Lankan IT industry has been on the receiving end of a small, but very insistent – and widely publicized – push towards the North. We’ve seen speeches made, proposals put forth, ideals advocated over dinner.

And, as a result, we’ve seen mass workshops by SLASSCOM, where students thronged in the thousands to learn what IT/BPO meant; hackathons with venture capitalists tentatively stalking the lines of startups to find things worth investing in; things that we once thought relegated to Colombo popping up a couple hundred kilometers away on the north end of the island. But perhaps nothing was as concrete as WSO2’s recent unveiling of an actual branch in Jaffna.

Which begs the question:  Why Jaffna? Why not Polonnaruwa, or Hambantota, or any other region that you would care to name? I put these questions to some of the strongest advocates in the field to find out more.

The problem with Colombo 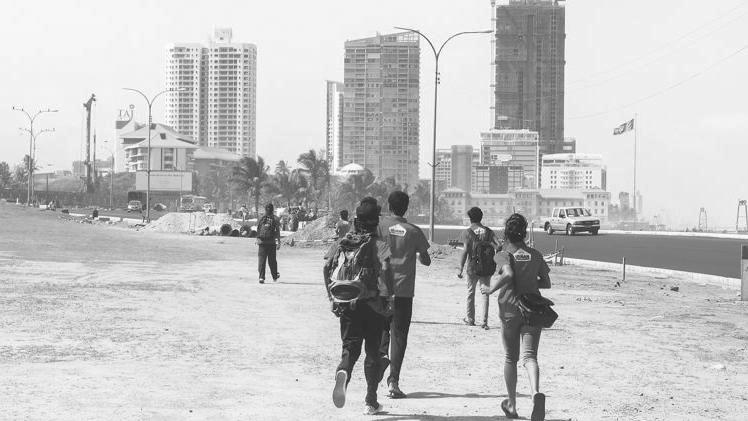 Gases tend to disperse and mingle with each other. Put two gases in a closed environment and you’ll soon end up with a mixture with an even concentration of both.

Not so with people and all the social constructs they create. People don’t disperse; they attract more people, turning towns into cities and cities into economic hubs. Industries congregate. Everything happens in just a few places.

The Western Province produces over 40% of the country’s GDP (Gross Domestic Product). As a direct result of decades of regional concentration of industry, a good chunk of Sri Lanka’s GDP is what Colombo earns. Which in turn means that a good chunk of the country’s money goes to people in that region. This leads to some startling economic inequalities; the rich become far richer, the poor – in the light of inflation – become poorer.

This is part of a series of points made by Mano Sekaram, the CEO of 99X, in a 2014 proposal advocating the creation of regional IT hubs. This situation, he pointed out, cannot hold. Colombo’s monopoly must be reduced.

When I contacted him, he referenced this in great detail. “Colombo is in the process of turning into a metropolis,” he explained. “Available resources are being used up or have already been consumed. Land is expensive, both for companies and individuals.

But this concept of a “Colombo workforce” is a myth. If you step back and examine the points of origin of the people who work in Colombo, few of them originate there – they come from as far away as Kelaniya, Kandy, Galle.  You pair this knowledge with the fact that the Western Province almost makes half the GDP and you realize that there’s an obvious fix – you need to spread this industry out among the provinces.

IT works for this, because we don’t really need to be in Colombo – that’s just a social myth. In fact, we don’t really need to be tied down to any location. For an able software developer, electricity and access to Internet is sufficient. We need to start moving out. We can. We should. We are. Because Colombo is not going to get cheaper – it’s only going to get more expensive. We need to balance this out.”

Mangala Karunatne, of Calcey Technologies, agrees. “We struggle to find talent, yet I am sure if we get out of Colombo we will find a lot of talent among those cities. Is it mature enough? I think mature companies can afford to support an ecosystem of their own by moving experienced resources out of Colombo to uplift the rural cities. Then others could follow.” 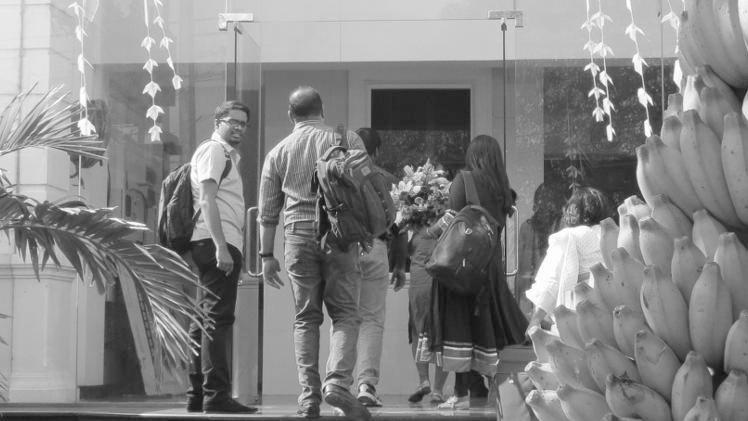 For all the agreement, though, there’s only one company that has actually made the move. That’s WSO2, the multinational middleware corporation headed by Sanjiva Weerawarana. Going by a software company’s needs, one needs need three requisites for setting up shop outside Colombo:

The first need is – obviously – a workforce.

The second is a university, so that an able and talented pool of graduates is up for grabs.

The third is good Internet.

Three locations have those in spades – Jaffna, which has the Jaffna University; Kandy, which has Peradeniya; and Bandarawela, which is close to the Sabaragamuwa University. All three have fiber. In fact, IFS, the global software giant, has discreetly begun operations in Kandy.

“We realized that there are a great deal of quality people in the University of Jaffna,” said Sanjiva Weerawarana, when we went to Jaffna to cover the opening of Jaffna’s new branch there. “The reason we moved here is because we want those people in with us. And hopefully we can also help the University in return. Jaffna had no other tech company and the University was very supportive.”

But the people factor aside, there are three more reasons for championing Jaffna at this stage: there’s land for building, far cheaper than in Kandy, and surprisingly good road networks.

And, as both Mano Sekaram and Harsha Purasinghe, the CEO of Microimage (which has started hosting workshops for the Jaffna  University) confirmed, there are tax concessions for setting up in the North. WSO2, with its gigantic coffers, might have very little trouble muscling its way into any place it cares to go to, but these surrounding concessions make Jaffna viable enough to be championed by others as a start to expanding the industry out of Colombo.

“Jaffna is not an end-all,” stated Mano Sekaram. “The ideal is a network of regional hubs, with Jaffna and Colombo being just two of them. At that point, we can have actual regional competitiveness in the industries therein – of course within safe bounds – but intellectual competition of the kind that Universities share would create a domino effect pushing everyone towards excellence.”