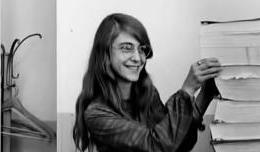 In our industry – in interviews, in all the events that we attend, in all the news that we hear – we invariably speak a lot about a lot of men. The simple fact is that there are far more men than women in the tech industry; and thus, when we hear great things – electric supercars, billion-dollar startups – they’re all most likely to be stories of men.

Women have always played a huge part in shaping the world’s technology, but they aren’t mentioned enough. So, by way of amends, here’s our list of awesome old-school ladies who forever changed the world.

An English mathematician, herself the daughter of the poet Lord Byron and Anne Isabella Byron. Her work on the Analytic Engine include the first algorithm meant to be processed by a computer. She’s called the world’s first programmer, but she’s probably the world’s first software architect. 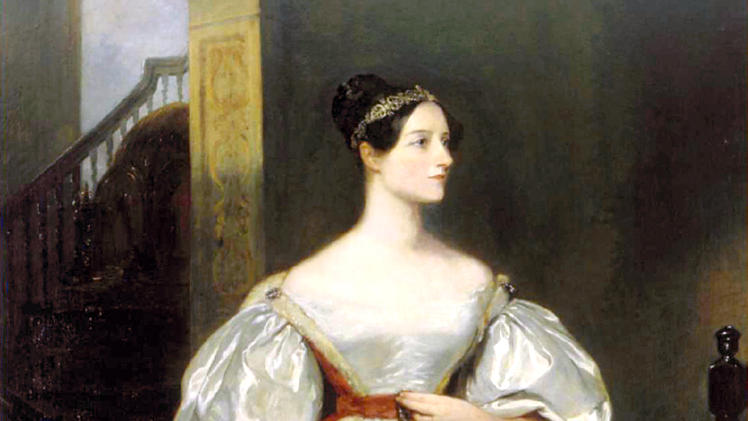 Betty Holberton made her mark in the war-fuelled computing rush of the 50’s. She was initially one of the “Computors”: exceptionally bright women who handled the math and the programming for firing and bombing trajectories for ENIAC, the first electronic general-purpose computer. If you’re thinking of a typist with multiple screens, forget it: it took sequences using some 3,000 switches to input the programs into ENIAC.

Then, she helped build UNIVAC. And then she wrote the Sort Merge Generator one of the first examples of a computer creating a computer program. She went on to work on BINAC, COBOL and FORTRAN. She also developed the numeric keypad (that’s numberpad to you).

Not content with that, she turned the UNIVAC from chic black to a sort of horrible beige color. This eventually became the universal color of computers (at least, until black reappeared to rescue the world). 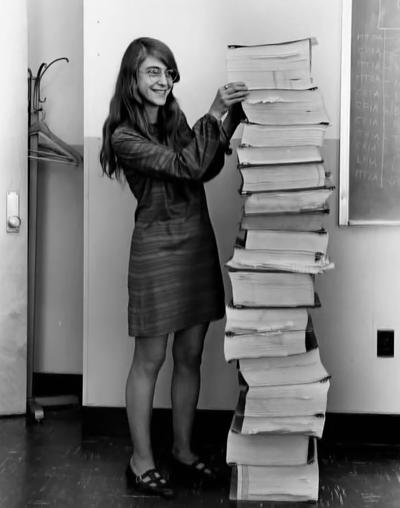 But even cooler: she wrote the software that took Neil Armstrong to the moon.

She designed and coded the software needed to navigate and land off the moon, and in the process, she created entire branches of software development.

In fact, she coined the term “software engineering”.

The best part was when her software prevented the entire Moon landing from aborting. Three minutes before they reached the Moon’s surface, faulty hardware locked up the computer; fortunately, her code also included recovery programs that kept the whole thing going. If not for her, it would have been one small step for a man, and one giant crater on the Moon.

The first woman to graduate from Yale with a Ph.D and the first woman to reach the rank of Admiral in the U.S Navy. Oh. and she also invented the compiler and developed COBOL. She’s also that programmer who, after removing a bug from inside a computer, coined the term bug as refers to a computer program. 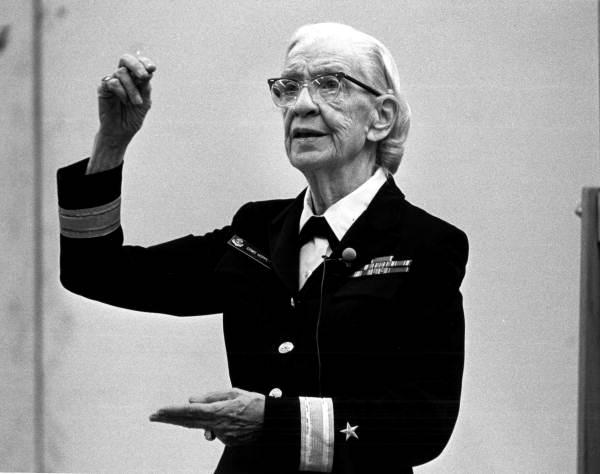 Her most famous line? “If it’s a good idea, go ahead and do it. It’s easier to ask forgiveness than it is to get permission.”

If there’s one thing you can be sure of, it’s that none of these women hung around bemoaning gender inequality in the industry. You just don’t have time for that kind of thing when you’re making history.