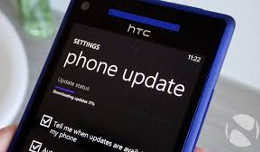 If you’re a Windows Phone fan-boy/girl, Awurudu Day was probably the best for you. Redmond finally blessed us with the next gen Windows Phone OS upgrade as a Dev Preview.What’s 8.1 got in store for us? After a little bit of thought and after getting my hands on a Windows Phone developer account (you need one of these to try out 8.1 for the moment), I managed to get it running on my Lumia 920 – and here’s what it has to show.

Warning: the following article which you are about to read might persuade you to update, but you require a Windows Phone developer account. You will void any warranty of the mobile device as this is not yet fully tested and certified by OEMs. We are not responsible for any damage or loss caused directly or indirectly to you, your phones, your neighbors or your cat.

For the past 7 years we all have learnt to live & love the signature of Windows Phone – the Live Tiles. The little things flipping and spinning to show us what we care about most, first. But with 8.1 folks over at Redmond have granted us the wish of having an image of choice as a background image.

How? By making the Live Tiles transparent, of course!

Now we can use any image of choice as the wallpaper, and when we slide down the start page, the image too moves down with a cool parallax effect. Thus new feature has opened up an awesome new horizon on the front of start screen customization, which, let’s face it, has been fairly limited until now.  If you have another Windows 8/8.1 device (a laptop or even a MS Surface 2) any modifications performed for the background image + theme will be synced across your account into that device as well.

At some point every one of us felt it was a chore to scroll down to each title and search for that one missed banner notification to show up in the tile. Thankfully, Microsoft’s seen the light: head over to the  top of the display, place your finger and drag down the two tier notification panel – this is the new “Action Center”. Obviously the top part is separated  for 4 customizable quick-access buttons. (5 if you have a bigger display).

The bottom displays all other missed banner notifications in groups according to the apps that have generated it. Although one cannot do much interaction with the notifications – i.e replying messages etc. Better late than never, and  also we’re hoping to see some better improvements with future updates.

Welcome to the world’s fastest touch screen keyboard – WordFlow + Shape Writing on WP 8.1. I say “fastest” because the Guiness record for fastest text messaging using a touch-screen phone is held by Gaurav Sharma – using this keyboard.

WP OS’s stock keyboard have never actually given us any issues, but those migrating from Android will find WordFlow a great feature: it’s basically Swipe for Windows Phone, except of course, it’s built right into the OS. My colleagues point out that Android third-party keyboards have had this feature for ages, but with this, WP just took a major step in becoming a complete solution right out of the box.

“Oh hey, Dhiva” – says the spinning circle in the middle of the display: meet Cortana, my new girlfriend!

Named after the famous intelligent assistant to Master Chief from the Halo game franchise (also from Microsoft), Cortana is Windows Phone’s answer to iOS Siri, and Android’s Google Now.

Still in the beta stage as depicted on the top right corner of the display, Cortana has the basic functionality of Siri, in a uniquely Microsoft way. The program can search, dial, read to you, even sing a song and (accidentally) call your mother. It’s not as invasive or un-personal as Google Now. She sounds like a slightly more cohesive Siri and (if you check out this link) even spits out cheeky answers. For example: Who’s your daddy? gives Bill Gates. She even does a few Star Wars lines. Try “May the force be with you“.

Cortana uses a “notebook” – a section where she stores all details about me. All data is stored locally in the phone (at least that’s what they say!). All details stored in the notebook can be readily viewed by the user and edited according to their preference. Cortana acts on what;s in here. For example the interest section contains items I follow such as news on Windows Phone, and latest articles about our island nation as well: now every time I hit the search button to bring her up Cortana pulls up stuff from her notebook and presents right in front for easy viewing. If you wish, she will also give you notifications when new stuff is out there.

Reminders on Cortana have been given a whole new level of sophistication. Reminders can now be set based on Time, People ( from the People Hub) and also Location ( thanks to geo-fencing integration in 8.1). If I pull up Cortana and say “remind me to pick up <certain famous baked food item> next time mom calls”, when my mom calls I will be seeing a note in the display regarding picking up that certain thing. When I say “pick up RedBull when I leave office” (which she already knows based in my travel routes and check-in history) when I move out of the specific location she’ll immediately trigger a reminder for me. Even though some of these functions might be a bit wobbly at times, with future updates and fixes in pretty sure these niggles will be a thing of the past.

Quiet Hours is also another neat feature built into Cortana. We all know how much headaches we face when the phone goes off in the middle of the night.With this all calls, SMS and app notifications will be automatically silenced. If specified, Cortana will auto reply to messages to avoid heartbreaks.

However, we don’t want to miss calls or messages from some people no matter what (like my mom) for that lot there’s Inner Circle – where I can add a bunch of people to the filter list for them to get through to me at anytime of the day (or) even night. As this can be turned on on-demand we can use quiet hours during meetings as well. So no more worrying about switching off the phone to get rid of the screeching ringtone in the middle of the night, or the thudding vibration in the middle of the meeting.

The verdict? Windows Phone’s newest changes aren’t exactly original, but they certainly are necessary – and go a long way towards making WP OS competent as a smartphone platform, bringing some of the most productive functionality of other platforms to the table. It looks like Microsoft’s learning one of the key lessons of smartphone success – update, update, update, and with each update bring something slightly better to the table.