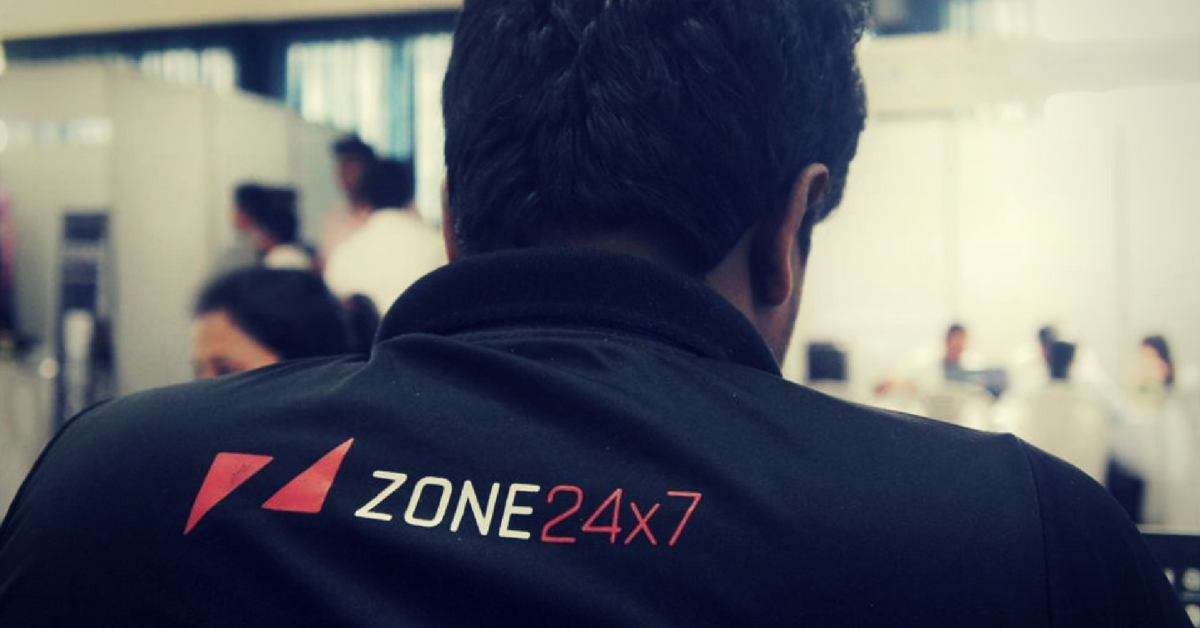 As I made my way to the Trace Expert City Auditorium, the usually busy and crowded hall seemed to be empty. At the far end of the auditorium, a team is seen tinkering with what appears to be a robot of some sorts. At first glance, it didn’t seem much. But the robotics team from Zone24x7 were working on something big. I mean that in every sense of the word. They’re looking to make a dent in the retail industry. They’re calling it, AZIRO.

The United States. Home to all The Home Depot’s and Walmart’s, some of the biggest in the business. For many years, these massive companies dominated the retail business. But then came players like Amazon. The traditional players were suddenly challenged. It was clear that they needed to do a better job of improving the overall efficiency of their business. For one thing, prices had to come down. Amazon, on the other hand, was ready to sell at a cost. Because for Amazon, its all about delivering that customer experience.

When the traditional retailers attempted a similar approach in the fashion industry, they started to struggle. Why? Unlike Amazon, these big players need to operate with over 1,000 physical locations. So, there lies the biggest challenge. This resulted in them focusing on areas such as optimizing inventory. This is where technologies like RFID would allow these companies to better track their inventory. Unfortunately, this is also where problems come in. For example, utilizing RFID technology would mean that these particular tags need to be regularly “scanned”. This is done in two ways. One is to manually scan each RFID tag with a mobile reader. The other is to set up fixed scanning points all over the store. Both these methods have proven to be inefficient, time-consuming and often expensive too.

Zone24x7: We have a secret weapon

The problem with retailers with hundreds of large stores is managing inventory. Imagine taking in daily inventory in an 80,000 square feet retail store. The numbers are often inaccurate with major discrepancies. Combine this with the RFID issues, and the retailers end up losing in millions of dollars, literally.

When it comes to RFID, a mobile RFID reader would mean employees would need to manually scan each item. A fixed RFID reader would cost several thousand dollars and has limited floor area coverage. So obviously, there’s room for innovation. This is where Zone24x7 comes into the picture.

The retail giants were essentially looking at an automated solution with 3 things in mind,

Hence came the market need for an autonomous robot to tackle the problem. Zone24x7 were among the few contenders to come up with such a solution. Ideally, this would include robotics, autonomous navigation, ability to capture information accurately, while operating continuously for at least 12 hours. With this, the Zone24x7 team realized the need for the particular solution to be as hands-free as possible.

Taking AZIRO for a spin

To put it simply, here’s how it works. Once the robot is dispatched from the docking station (charging port), it would automatically scan and record RFID tagged items within a defined area. Of course, there’s a much bigger process behind the scene, mind you.

Once the first engineering prototype was built, the next task was to take it for a test run. So, in 2015, the team entered their prototype to the NBQSA competition. Competing under the R&D category, Zone24x7 emerged victorious, becoming the overall winners. But it didn’t stop there.

AZIRO went on to represent Sri Lanka and win the top spot at Asia Pacific ICT Awards the same year. What’s special here is that the Sri Lankan team was able to beat countries like Singapore, Hong Kong, and Australia, in robotics no less. If there was one thing that came out of this is the immense potential for the team’s proposed solution.

As of now, the team has dispatched 2 engineering prototype units for testing in the United States. The team already has plans to dispatch more units soon.

However, an official date on the commercial release of AZIRO is yet to be announced. The current target market primarily includes the US and other international markets with similar potential. However, it’s unlikely that there we will see any use cases in the local market, for a number of reasons. But nevertheless, this is undoubtedly a big step forward for Sri Lankan robotics in the international arena.

The future for AZIRO and Sri Lanka’s potential

So what’s next for AZIRO? For starters, AZIRO will not be limited to just RFID. The team is also exploring opportunities to capture other valuable information using robot mounted sensors.

But what about the industry as a whole? Well, it’s true that we have a world class software industry here. But Sri Lanka is relatively unknown when it comes to things like robotics. The success of AZIRO is a testament to the fact that we have the potential to do much better in these fields as well. Mastering both hardware and software is often the key and Zone24x7 believe the same. Here’s us at ReadMe wishing the team, best of luck in the future to come!