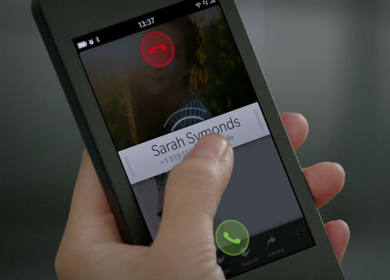 The iPhone 5 is here. The S3’s been around for weeks. There’s lawsuits flying EVERYWHERE. And in between, Sony mobiles, Motorola and HTC (and even others like Huawei) are sneaking up on the market with the latest and greatest smartphone power they can muster. Even Nokia, Sri Lanka’s favourite brand, is quietly reasserting itself. Where’s Blackberry in this mess?

Well, the the Blackberries are hitting the headlines again. After some heavy-duty reshuffling in management, RIM announced their Next Big Project: Blackberry OS 10. ETA: 2012.

It’s too early to talk comparisons with Android. So far, the only reliable intel comes from a handful of these prototypes running alpha versions of BBOS10. 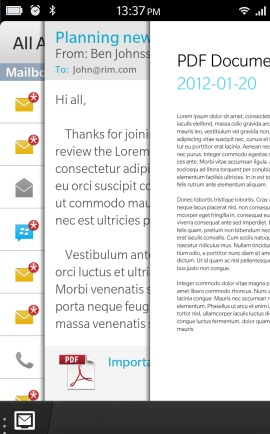 What we do know however, is that the OS is a total redesign, completely leaving behind the interfaces of past Blackberries. For starters, the core of the whole thing is touch, not the classic QWERTY design. It’s based off QNX, a UNIX variant that’s been employed mostly in industry management.

The interface is no longer the Spartan thing of old: there are hints of Metro, Android and iOS in here, modified and fused with uniquely Blackberry elements. It looks like RIM has finally wised up to the advantages of modern UI’s. The alpha OS has an undeniably clean and simple (read: bare-bones) look to its interface.  We might get more bling, but knowing Blackberry, they might opt to keep it simple. Most of the UI’s unique features has to do with multitasking – like calls and message alerts appearing on pop-up tabs over your UI and open applications being displayed as shown in the picture.

Blackberries have first and foremost been about messaging. So far, Blackberry’s touch keypads have been pretty clunky. Anyone who owns a 9530 Storm, like yours truly, will attest to how much of an epic fail it was. It seems this time Blackberry has abandoned their SurePress screens and taken a more normal route. For messaging you have a virtual keyboard, just like every other smartphone on the market.

It’s not that innovative. It feels decidedly Android-ish. Nevertheless, it works well: the best way to describe it would be as a predictive Android keyboard, like an improved SwiftKey. You can type contently, flicking words upwards to form sentences where the prediction gets it right. Tapping out emails just got that much faster. Some fans will be disgruntled – after all, BB’s famous for its physical keyboards. There are rumors that we’ll be seeing devices with touch AND a QWERTY keypad – we can only wait and see. 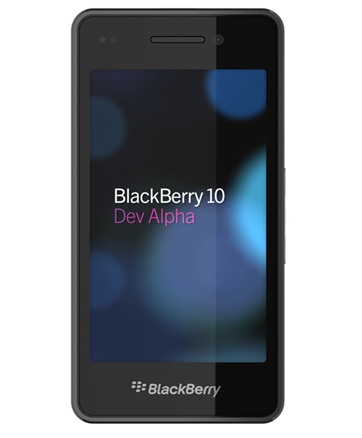 No  matter what RIM pushes out, they’ll have to compete with the might of Android – with companies such as Samsung, LG and Sony Mobiles – and with Apple. Thorsten Heins, the new RIM CEO, has publicly admitted that they cannot compete with the giants – and that they’re looking into licensing BBOS 10. And of course, HTC has said that it’s looking into new operating systems. Now it’s a long shot, but an HTC – RIM partnership might really get the wheels turning again for RIM.

As of the moment, we have no idea of the hardware the first official BBOS10 device will be running. All we know is that it’ll be a full touchscreen device: RIM’s got 10 devices planned. The initial launch date has been pushed back to Q1 of 2013 – a disappointing but solid decision. In my opinion: RIM’s got a lot riding on this one, and if they want to spend more time perfecting the device, so be it: nobody wants another flop like the 9530. All we can do now is wait for Blackberry to succeed – or bite the dust.

Live footage of BBOS10 from the enthusiasts over at Crackberry.com