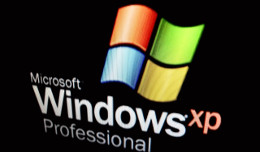 Windows XP, once the undisputed first choice OS around the world, officially ceased to exist when Microsoft pulled the plug on support for XP on April 8, 2014. When launched in 2002, it was a great step up from its predecessors and rivals. It was perhaps Microsoft’s biggest success story.

In Sri Lanka, most computers still run XP. Not just in Sri Lanka: XP, as of the time of writing, still runs some 26% of the world’s PCs – Windows 8 has but 12.24 %. Now that Microsoft’s washed it’s hands of XP, how does a deprecated OS impact us?

When Microsoft said they are ending support for XP, what it basically meant was that XP would no longer be patched. For general issues this would not be a big deal, because after more than a decade of tweaks and fixes including 3 service packs, XP is a very stable OS that has stood the test of time.

The real issue is the end of security patches. Computer security is an endless battle – hackers, the NSA, software vendors, trojan horses, whatever botnet’s running around this week- and no, the average user may not be important enough to be hacked for the contents of their hard drive, but they could easily fall prey to a botnet and be used as one PC among a giant distributed hacking machine. It’s just one possibility – and it’s been done before.

Stolen credit card info or hacked social media accounts aside, vulnerable computer also spread viruses, Trojans and other malware to unsuspecting computers. Simply put, it’s a twelve-year-old codebase and the world has radically moved on since then. Even when security support is available, it was a challenge to stay protected: without official OS level patches XP can become an easy target for hackers in the future.

Here’s a startling fact: most ATMs in this country run on XP.

One of the downsides of being twelve years old is support – both software and hardware. There’s only so much you can do. As usual, we started seeing incompatibilities in games, as developers make a living by pushing the envelope rather than playing it safe, but we’re starting to see this on industry software as well.

There any many reasons why people use XP. In Sri Lanka, and indeed in many other countries, many people use outdated old computers and would not upgrade hardware just to upgrade the OS. We with our Macbooks and triple displays sometimes tend to forget how the rest of Sri Lanka runs. Although we do not have any statistics, an educated guess is that at least 50% would still be using computers that can’t upgrade to a later version of Windows. The fact that we still have advertisements for old PIV (sometimes PIII) computers on newspapers and online classifieds reinforces this fact.

Even if you can upgrade, there’s the awareness barrier. Quite a few people know nothing about upgrading. They either have to call that putha or duwa who knows about computers to come to their place on a weekend to upgrade it or they have to take it to a shop to upgrade, in which case they might end up getting charged through the nose. This hassle either delays or prevents some from upgrading.

But the biggest reason – why go through all the hassle when XP does everything you want to do? The spectrum of users that I just talked about does very light use on their machines. They would do some light browsing and connect with a loved one on Skype. Most of them would not even think about doing online transactions. For them XP is more than enough: warnings of security vulnerabilities due to outdated OSes do not concern them or incomprehensible to them. It’s not just a case of being unable to upgrade, or unwilling to upgrade: it’s about not needing to upgrade, period.

But the situation is more serious for corporations. Some corporations, most government offices and schools still use XP. For them it’s a difficult proposition. Any corporation that takes IT seriously should not play with an unpatched OS with potential for security vulnerabilities. But unlike most people in Sri Lanka who upgrade out of XP, corporations can’t pirate – the long arm of Microsoft is here. On top of the problems discussed above, now there’s two more to the list: firstly, the massive cost.

As one IT industry leader once said: “Microsoft charges in dollars, but we pay in rupees.” Software is indeed expensive.

Then there’s the second problem: a potential drop in productivity as employees get used to the new system (for example, switch anyone over from Windows XP to Windows 8 – it’s like torture of sorts).

Then there’s legacy systems that might become incompatible with a newer OS. This is a tough situation for any organization. The most probable option here would be to upgrade your legacy system before upgrading the OS, which can become very costly: in a business, where losses are your worst enemy, upgrading might just not be feasible.

What can we do?

The easiest and the most hassle free option would be to keep XP. Flog that horse until it dies, keeping it protected with a decent antivirus and a firewall. There’s only so much you can do, but that horse isn’t dead yet.

Upgrading to a newer Microsoft OS, namely Windows 7 or 8, would be the next best. Windows 7 have been the desktop OS of choice even after Windows 8’s launch, and some users still have issues with 8.1 for older hardware.

Or go Linux. If you are looking for a legitimately free alternative, then head to the free zone. Linux right now is at a point where any competent PC user can install it and do their word processing, spreadsheets on it with ease. Be warned, though: if your business depends on a lot of specialized software (eg: graphic design) it’s not a great option.

XP has had a good run, and would go down in history as one of the best Operating Systems of all time. The fact that Microsoft still finds it difficult to get rid of it is a testament to how users are attached to it. Unfortunately, though, MS is right – it’s time to drop it or be dropped.