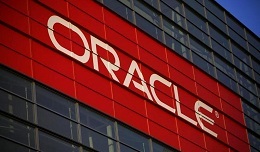 Ah cloud computing, chances are if you’re a business IT manager of a fairly large business, then you’ve probably have had this thrown at you a bunch of times by people along with it’s various benefits, such as: saving on infrastructure costs, allowing guys to work from home, simplifying backing up data and so on to get you to consider moving your infrastructure to the cloud.

Along with all these advantages, chances are those same people shrugged off the risks of cloud computing such as: security and data ownership, with the success stories of various small businesses that saved a lot of money with their infrastructure on the cloud.

So why not just jump aboard the cloud and save millions as well right? Well Oracle may have the answer to that question.

According to Rex Wang, vice president of product marketing, Oracle, “Cloud applications have the power to dramatically improve business performance while reducing costs, but only if they can work across the business. For example, sales managers need to have their territory planning and quota management tools integrated with the Human Resource and Compensation applications in order to better drive behaviour and achieve sales goals. Subscribing to a cloud service may be relatively straightforward, but how this application fits in with the rest of the enterprise, including on-premise systems and other cloud applications must be thought through.”

Recently Oracle partnered with marketing firm Dynamic Markets to survey 1,355 executives from companies across the world with revenues of $65 million or more. The results of this survey were published in the report “Cloud for Business Managers: the Good, the Bad, and the Ugly” and they really highlight the importance of fitting the cloud application with other systems.

According to the results, due to a lack of integration of cloud applications:

So what’s causing all these issues for big businesses? There’s probably a bunch of reasons as how no one business is the same, but a common culprit is apparently none other than operational silos.

Speaking on why they decided to jump into the cloud in the 1st place, 76% of the of the businesses stated it was to get more software with another 47% saying that it was to get more appropriate software. Yup, not to for minor stuff like improving operational agility and effectiveness or getting processes out of organizational silos, but to gain software! The results of course, well should be fairly obvious now.

Bottom line: Yes, the cloud can help a big business just as much as a small business if not more so, but only if it’s clearly thought through as to how the cloud application will integrate itself with the rest of the business and the business aims to get out of operational silos, not simply gain software.