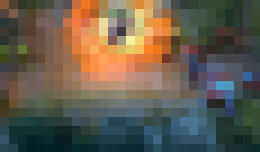 We’ve seen many outstanding local gamers emerge at countless tournaments, and with each passing day the number increases. But despite a boom of new players, and despite a positive army of players who’ve been hacking away since the days of Dota 1, very few have ever made it to international scoreboards, and almost none have won.

We live in a country where e-Sports is still a fledgeling. A majority of Sri Lankan adults still consider gaming to be childish and as “a waste of time”; those who do accept gaming are either parents of pro gamers, or people who know at least a single gamer.

As such, it’s pretty hard for a person to dedicate himself to eSports in the same way that a national cricketer dedicates himself to cricket. And that is precisely the type of dedication that is needed here. “Dota is a game that you have to make a religion of, if you want to get better at it.” says Mirsab ‘Paradoxx’ Hassan, arguably one of the most skilled competitive Dota players in the country.

This ties into a perhaps more important factor: money. Since the perceived worth of gaming is low, there’s no income in it. Thus, many pro players are unable to give total priority to e-Sports – someone has to pay the bills.

Looking back at the past few years, we’ve only seen the same two teams make it to the final of any big-scale tournament. Those two teams are PnX|The Kade and TM | Death Sentence (recently renamed to ‘Team Kingdom’). The reason why they rule supreme is often said to be because “they play together, stick together and their players have a professional mentality”.

Few others share this. The local Dota scene is rife with toxicity, careless behavior and even punctuality (for tournaments). “At GCDL last year, there were like 2 games where people were there on time,” commented Akash ‘Onca’ Ratnayaka, pointing out that you can’t really have a sport if everyone doesn’t uphold certain values of sportsmanship.

We’ve also witnessed a great deal of immaturity from rival players, ranging from incessant name-calling to fistfights at local gaming cafés. In public matches, we’ve witnessed swearing, team names changed to unprintable filth, and so on – petty things that badly damage the perception of a team.

A lack of cohesion and discipline also plays a part with most teams. One thing we realized was that few teams actually stick to one roster that plays together and improves their game over a sizeable period of time; most teams are formed haphazardly, are badly beaten in local tournaments, and promptly break apart in frustration.

If there’s one thing we’ve harped on, it’s the lack of incentives for players. Unfortunately, the words “prize pools should be increased” are easier said than actually done.

The situation is changing. There are a couple of tournaments happening every other month, with a small (but nonetheless real) prize pools. It’s gotten to the point where a player can go home and say: “Dad, there’s a tournament with a one lakh prize pool.”

If there’s one complaint that we consistently came across, it’s that grand tournaments – like SLCG – don’t provide what players call “international exposure.”

However, we think it’s not the fault of the tournaments, but the players. By and large, there are plenty of international tournaments that any local team can attend – we’ve seen The Kade, for example, participating in many South-East-Asian tournaments. Most other teams tend to hang around waiting for exposure from organizers of local tournaments.

What we can do to go forward