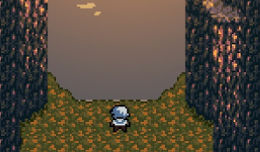 Whether you’re running a successful multi-national company or a new entrepreneur starting up a business, looking at a successful startup and knowing what they did right can teach a lesson or two.

Sure, the success story of one business may not always necessary lead to success for your business but then again, it just might. Have a look at these startups that made their money with really unlikely projects.

Who hasn’t heard of Rovio by now? Okay there’s probably a percentage of you that haven’t but all of you have definitely heard of its greatest success: Angry Birds, the most popular app for wasting time using your phone.

Now here’s some interesting trivia: Angry Birds was the 52nd game the Rovio made! Yup, that’s right Rovio’s greatest success was its 52nd project. The previous 51 games weren’t failures; they were sold off to 3rd parties like Namco and sold in the millions actually.

Nonetheless, when 2009 came knocking on the door, Rovio was on the verge of bankruptcy according to the Wired, so they decided to be create their own innovative game and thus Angry Birds was born. The rest of course is history.

Lesson learned: Don’t be afraid of failure, if it knocks on your door then look around and try to come up with an innovative idea.

Mojang might be a mystery for you, unless you’re a gamer: they’re the people behind the award-winning smash hit Minecraft. For those of you who are still wondering what Minecraft is, it’s a popular adventure game where you place blocks to build structures, any kind of structure. When you start, the game generates an entire world from scratch just for you – a world with a surface area larger than that of the Earth.

Recently the creator of Minecraft, Markus “Notch” Persson announced that total sales of Minecraft have surpassed 14 million. That’s on PC alone; add the numbers from consoles such as the Xbox 360 and PS3 and that number rises to a whopping 35 million! Needless to say, Markus is a millionare many times over now, not to mention a gaming legend.

Interestingly, Mojang hasn’t relied on traditional advertising to reach this success: instead it has mainly relied on its active user community. Just head over to Youtube and search Minecraft (or simply click here), if you take a look at the view count you can see that most of these videos are in the millions. Personn developed Minecraft over a period of a few years, selling subscriptions and talking features on forums with no big-number marketing whatsoever.

Lesson learned: Be close to your customers: build a community, then nurture it and your users will market you.

WhatsApp needs no introduction; it came and took the world by storm by saving us all from those annoying SMS charges. As time went on WhatsApp grew into another social network and like Instagram, got acquired by Facebook but unlike Instagram, Facebook paid a LOT more for WhatsApp.

WhatsApp’s success story probably could be contributed to how it charges users. Ignoring conventional wisdom, like adverts, they came up with a pricing scheme based on the shareware of old: they gave users a whole year free, then charged a small amount ($1) after that year ended. This allowed users to easily take a chance on the app – if they love it, they’ll keep using it is the logic here. The product was good enough to draw users by the droves and created word-of-mouth that led to over 400-million installs. In a year’s time, that’s instant big money rolling in. It helped that the Whatsapp guys kept their product pure and focused only on its strengths.

dotGears is a small indie game studio situated in Vietnam, though it’s by no means unsuccessful, remember Flappy Bird? Yup this is the studio that the genius that gave us Flappy Bird, Dong Nguyen runs.

Flappy Bird isn’t the only game that came out of dotGears, but it’s the most successful and is a great example of why dotGears is a success. Just like the studio’s website, Flappy Bird and the rest of the games made by dotGears are simple with no unnecessary clutter. There’s almost no learning curve. 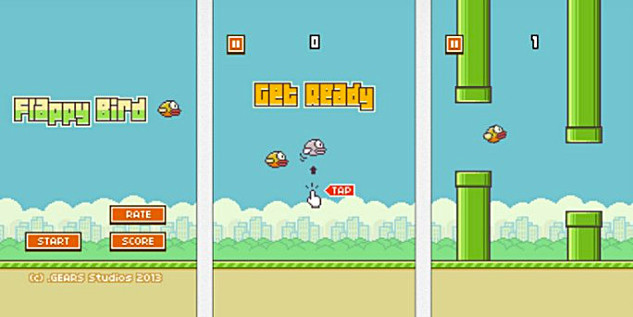 This simplicity is what made Flappy Bird so viral. dotGears isn’t the only company that makes a living out of simplicity: two other, really famous companies do the same. Can you guess what they are? Apple and Google. No matter how complex their products are, the side they show their customers is simple, clean and intuitive. Take Google’s home page or an iPhone as examples. Because of simplicity and intuitiveness, they overshot fortune and reached well into fame.

Lesson learned: Keep your product simple and easy-to-use. Complexity is good, but the customer shouldn’t have to deal with it unless absolutely necessary.

Do you have any lessons from other successful startups you think we should have added? Let us know.