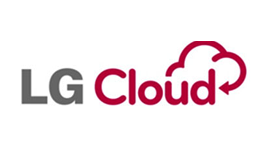 LG Electronics will launch a beta of its LG Cloud service on Tuesday, that will allow users to access content across various electronic devices, the company said on Monday.

To use the service, consumers will have to download the LG Cloud app for their Android smartphone from Google Play or the LG SmartWorld app store. Users can also download the necessary app for their LG TV from the latter app store, while the app for PCs and laptops is available on LG’s website.

LG’s cloud automatically synchronizes smartphone content with the cloud server and the user’s PC and TV. For example, photos and videos, including 3D content, taken with a smartphone can be viewed and streamed to the PC or TV almost instantaneously, according to LG.

The sharing also works in the opposite direction; videos edited on a PC can be uploaded to the cloud for viewing seconds later on a smartphone, the company said.

Unlike other cloud services, there will be very little waiting or lag time as the content is streamed to the TV, PC or smartphone, not downloaded first, according to LG. To make that possible LG is using its own Real-time Streaming Transcoding technology, it said.

The LG Cloud will be offered both as a free and paid service. Free storage space and pricing will be announced separately as the service becomes available, the company said without offering any details on when that would happen.

LG’s announcement is part of the land grab for the living room among home electronics vendors, and is a logical next step for the company, according to Ben Wood, director of research at CCS Insight.

“The challenge is how LG will differentiate its cloud offering from everyone else working aggressively in this space, whether it is Samsung’s Allshare, Apple with iCloud or a third party cloud providers,” said Wood.

The announcement also reinforces the view that cloud services are playing an increasingly important role in bringing together different devices, according to Wood. However, proprietary solutions that depend on the consumer having all products from one vendor are always going to be somewhat limited, he said.