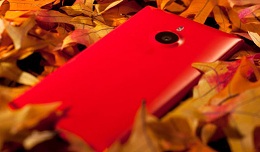 The Nokia Lumia 1520 is a new milestone in Windows Phone’s history. For the very first time after it was launched, the hardware support of Windows Phone 8 actually comes close to that of iPhone 5S’ hardware and other top-end Android phones like the Nexus 5. 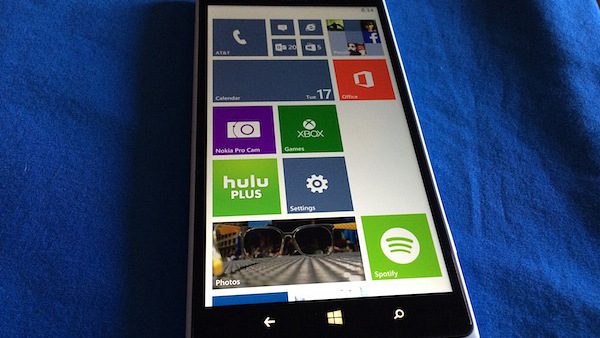 The Lumia 1520 features a full HD screen, 2 GB RAM cache and is powered by Qualcomm’s Snapdragon 800 processor chipset. The Lumia 1520 is also credited with being the largest phone running on a Windows Phone platform by a huge margin, owing to its massive 6-inch screen.

The size of the Lumia 1520 is one of its most striking aspects. The phone is not thick at all and measures only 8.7mm in thickness. However, it is incredibly tall, heavy and wide. It’s a complete one centimeter tall as compared to the huge Galaxy Note 3. As compared to the Note 3, the Lumia 1520 is wider by half a centimeter and also weighs 43 grams more than the Note 3. The weight of the phone cannot be just attributed to the size of the device. The exceptional build quality of the phone also contributes to its bulky form factor.

It goes without saying that the Lumia 1520 can only be operated with both the hands and is certainly not a single-hand use phone. Though one can use the phone with one hand for some time, but something or the other will necessitate you to bring the second hand into play.

The performance of Windows Phone 8 has rarely had any errors. The Nokia Lumia 1520 further strengthens this reputation by operating on the fastest ever silicon. It comes powered by a 2.3 GHz, Qualcomm Snapdragon 800 processor apart from massive 2 GB RAM cache which is more than sufficient to enjoy the latest  and advanced games in full throttle mode. The OS of the phone seamlessly glides even when multitasking between byte-intensive games or applications.

You certainly don’t have to be reminded that phone’s screen is the most important aspect and Nokia pays special attention to this. Indeed, the Lumia 1520’s screen is a new landmark. The IPS LCD screen is colorful, rich, sharp, bright and responsive and a lot more one can ever dream of.

The 6-inch screen of the Lumia 1520 comes with a 1920×1080 resolution which translates to 367 ppi pixel density. This is quite sure to ensure all photos, videos and text appear detailed and smooth at all times. Though the size of this Lumia giant may make it hassling to use, it is absolutely stunning for games, web browsing and videos.

The Nokia Lumia 1520 is often projected more as a tablet rather than a phone. The Lumia 1520 is also a wonderful device to work with and view all Microsoft Office files and documents, especially those with charts and graphics that will look shabby on smaller screen phones.

Much like any other Nokia phone, the Lumia 1520 works even when the user wears a pair of gloves. This is something that the top executives at Apple would certainly make a note of. However, it is not something necessary even though it can be seen as the Lumia 1520’s screen is incredibly responsive and sensitive without wearing gloves.

The contrast and the black level is not as clear and deep as some of the best AMOLED screen displays. However, the Lumia 1520’s screen renders sharp images and text even when one views it outdoors.

Indeed, Nokia has offered nothing less than a kitchen sink with the Lumia 1520. The Lumia 1520 comes with in-built memory capacity of 32 GB. It also has a micro SD card slot to expand the memory of the device up to 64 GB. The Lumia 1520 features virtually all wireless connectivity options one can think of. There is Bluetooth 4.0, 802.11ac Wi-Fi, 4G LTE and NFC. The Lumia 1520 also supports wireless charging, though with an optionally provided dock.

The Nokia Lumia 1520 packs in a gargantuan 3,400 mAH battery backup. Indeed, the Lumia 1520’s battery life simply astounds everyone. The battery life is not that impressive as one had expected initially, but it is still quite good to run all the apps and games.

The Nokia Lumia 1520 is the best one for you if you happen to be a Windows Phone enthusiast. It is feature rich, ultra fast and a brilliantly developed Windows Phone. However, photography enthusiasts would still find the Lumia 1020 a better option than the 1520. In several respects, the Lumia 1520 is easily a watershed Smartphone. It has brought the Windows Phone hardware on the same level or standard as other OS’s like Android and even iOS.

Guest Post by Kundan Srivastava. If you want to submit a review or article for ReadMe, email it over to [email protected]